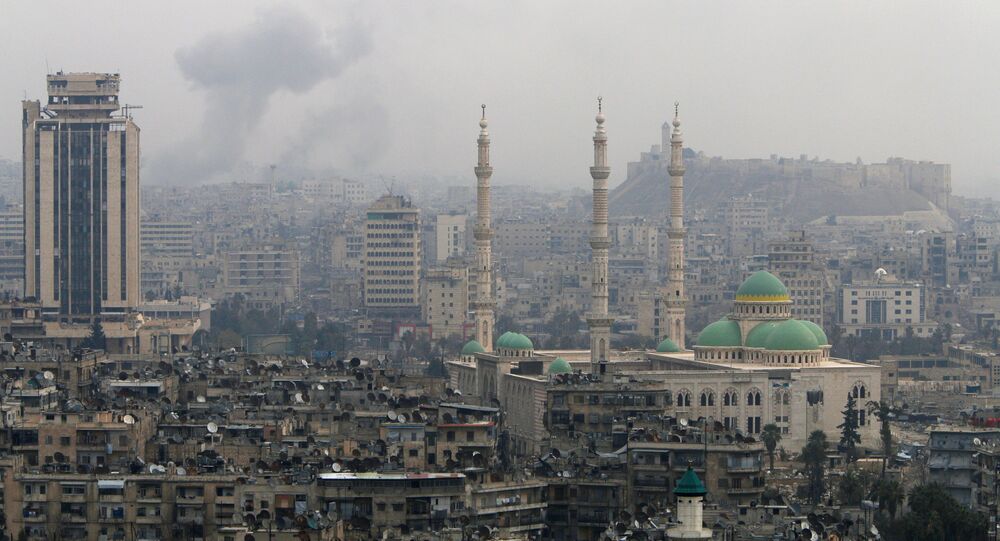 Earlier in the day, the Syrian Arab News Agency (SANA) reported that six civilians were injured on Tuesday in terrorist rocket attacks on Masaken al-Sabil and al-Shihan square in Aleppo.

Following the attacks, a unit of the army destroyed the terrorist dens, according to SANA.

Syria has been devastated by years of violent civil war prompting millions to flee hostilities to other locations within the country or abroad.

The international community has made efforts to settle the conflict by conducting talks in Geneva to find a political settlement. Talks in Astana have also been an important part of international efforts aimed at settling the conflict in Syria.

During the Astana talks in 2017, the memorandum on the creation of de-escalation zones in Syria was signed.

Russia, alongside Turkey and Iran, is a guarantor of the ceasefire regime in Syria. Moscow has also been assisting Damascus by supporting the struggle against terrorist groups, providing humanitarian aid to local residents and facilitating the return of refugees.