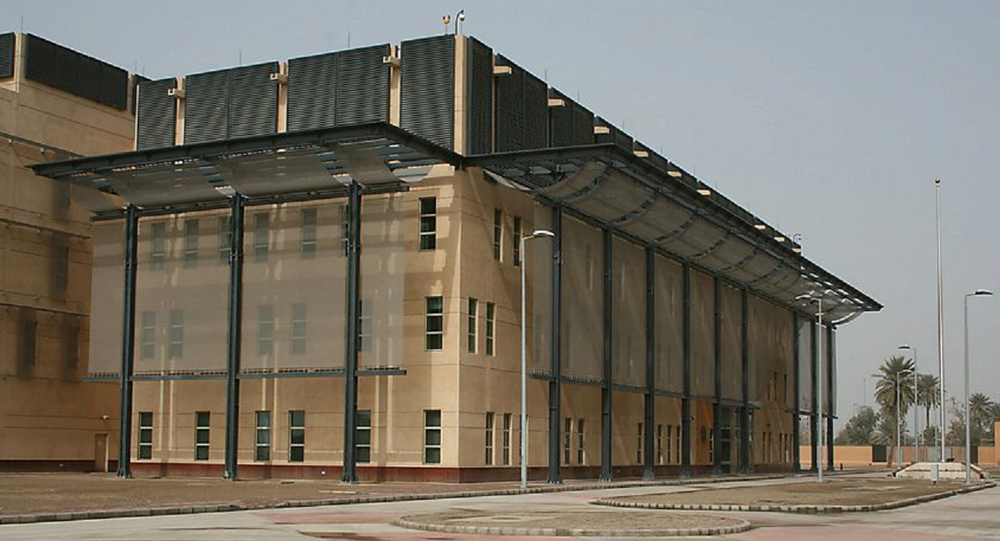 BAGHDAD (Sputnik) – The investigation into Sunday's incident involving a rocket falling in Baghdad’s Green Zone not far from the US embassy is being carried out by relevant Iraqi bodies without Washington’s participation, a spokesman for Iraq's Armed Forces told Sputnik on Monday.

"The security forces continue the investigation, in case of getting any results we will announce them … The investigation is carried out by the Iraqi party without participation of the international coalition and the United States," the spokesman Yahya Rasul Abdulla said.

He added that no additional security measures had been taken after the incident.

© AP Photo / Hadi Mizban
Huge Explosion Reported Near US Embassy in Baghdad
The Iraqi spokesman's remarks come after the Sky News Arabia broadcaster reported on Sunday that several rockets fell in the Green Zone, not far from the US Embassy.

The reports about the blast came as earlier this week the US State Department ordered the recall of non-emergency government employees from the US embassy in Baghdad and the consulate in Erbil. Additionally, the US State Department urged American citizens to abandon their visits to Iraq because of threats in the region linked to "terrorism, kidnapping and armed conflict."