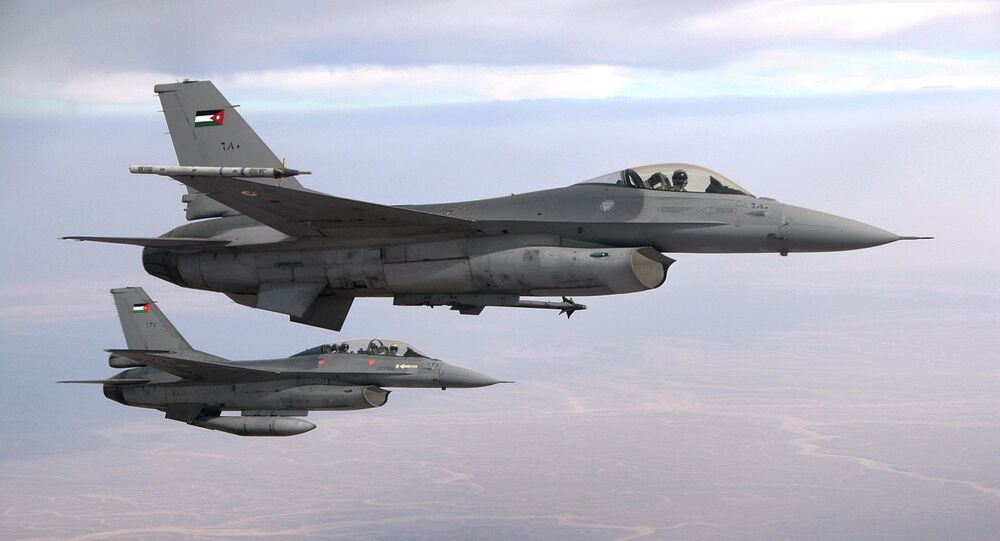 While Jordan deployed its warplanes to obliterate the threat from above, Iranian authorities dealing with a similar enemy sought additional funding to defeat it and protect their country’s “food security”.

The Kingdom of Jordan mobilised its military aviation to deal with a voracious swarm of locusts which, like some biblical disaster, descended upon the country earlier this month, according to The National newspaper.

The mass of insects fell upon the country’s southern governorate of Tafilah, famous for its fruit and olive orchards, and which also serves as home to the Dana nature reserve, a major tourist attraction. Authorities reacted by swiftly spraying pesticides in the area.

"We have eliminated 95 per cent of the locust swarm in southern Jordan", Agriculture and Environment Ministry spokesman Lawrence Majali told the media outlet, adding that "no additional locust swarms have entered Jordan" and the government is continuing to monitor the situation.

Meanwhile, the Mehr News Agency reports that Iranian authorities dealing with swarms of locusts which have encroached eight of Iran’s provinces seek $1.03 million to help deal with this menace, in addition to about $689,600 already allocated.

Mohammad Reza Dargahi, head of the Iran Plant Protection Organisation, said that locusts have already swept some 300,000 hectares of farming land in the country and may even jeopardise Iran’s “food security” if the threat is not contained.

Saudi Arabia also suffered from a huge outbreak of locusts this month, with videos showing millions of insects sweeping across the country emerging online.