On Saturday, according to media reports, Exxon Mobil evacuated all of its foreign staff members out of Iraq's West Qurna 1 oilfield.

"The withdrawal of multiple employees — despite their small number — temporarily has nothing to do with the security situation or threats in the oilfields in of southern Iraq, but it's for political reasons," he said in a statement.

Ghadhban added that he has sent a letter to Exxon Mobil requesting the company immediately returns to work. 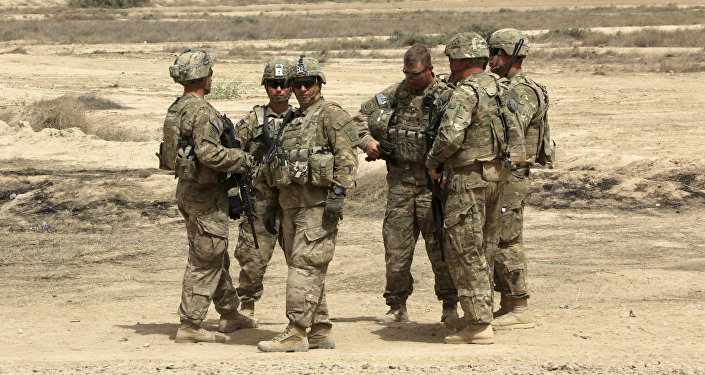 © AP Photo / Khalid Mohammed
State Department Orders Non-Emergency US Gov't Employees to Leave Iraq
According to Iraqi officials, Exxon Mobil withdrew all of its foreign staff, which amounted to around 60 people, but the evacuation has not affected production at the oilfield.