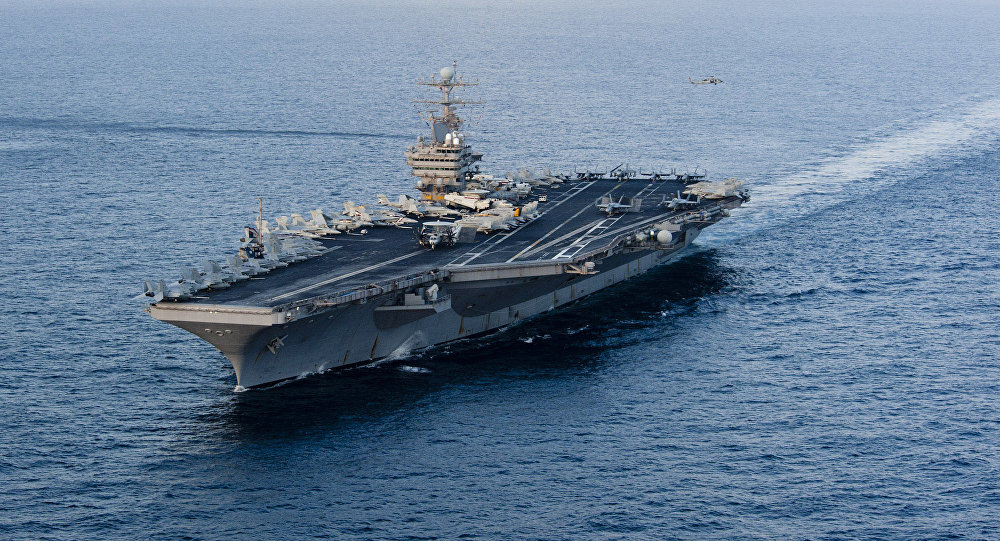 The Pentagon announced the deployment of its aircraft carrier strike group to the Gulf shortly after Tehran’s move to backtrack on some of its obligations under the 2015 Iran nuclear deal on 8 May. While the US insists the deployment aims to grapple with what Washington sees as an Iranian threat, the Islamic Republic rejects the allegations.

Saudi Arabia and other Gulf nations have given the green light to the US deploying its troops and warships on their territories, the Asharq Al-Awsat newspaper cited unnamed senior diplomatic sources as saying.

The sources claimed that the move was agreed “on the basis of bilateral deals between the US and Arab countries of the Persian Gulf”. The goal is to warn Iran against military escalation and an attack on the Gulf countries or the interests of the US in the region.

Additionally, the sources told the newspaper that several Arab countries are currently discussing the possibility of holding a meeting on the matter on the sidelines of a summit of Islamic states in Mecca scheduled for late May.

This comes as Iranian Foreign Minister Mohammad Javad Zarif voiced hope that a war would not be unleashed in the Middle East amid mounting tensions between Washington and Tehran.

“As Leader of the Islamic Revolution has also announced, we are  certain that no war will break out because neither we want a war, nor has anyone the idea or illusion that it can confront Iran in the region”, Zarif said in an interview with the IRNA news agency on Saturday.

His remarks were preceded by Iran’s Supreme Leader Ayatollah Ali Khamenei excluding the possibility of war between the two sides on Wednesday. He underscored that Washington knows that “war will not be in their interest”.

READ MORE: It Would Take Two Strikes to Win War Against Iran — US Senator

“The Iranian nation’s definite option will be resistance in the face of the US, and in this confrontation, the US would be forced into a retreat,” Khamenei added.

Earlier, the New York Times quoted several unnamed senior US officials as saying that “[President Donald] Trump was firm in saying he did not want a military clash with the Iranians”.

The Tehran-Washington tensions have been simmering since Trump announced last May the US’ withdrawal from the 2015 Iran nuclear deal with Iran, also known as the Joint Comprehensive Plan of Action (JCPOA), also reinstating harsh sanctions against the Islamic Republic.

The tensions exacerbated earlier this month, when the US imposed more anti-Iranian sanctions and sent an aircraft carrier strike group, a squadron of B-52 bombers and a battery of Patriot missiles to the Middle East.

© AP Photo / Vahid Salemi
US Fundamentally Does Not Seek War With Iran - Pompeo
US National Security Advisor John Bolton said that the deployment was in response to a “troubling and escalatory indications” of Iranian activity in the region. Iran condemned US sabre-rattling as “psychological warfare”, expressing readiness to retaliate against a potential military conflict.

On 8 May, Tehran announced that it had suspended some of its obligations under the JCPOA. Iran pledged to return to full compliance if the other parties to the deal were able to help solve problems caused by US sanctions.