Earlier today, Exxon Mobil evacuated all of its foreign staff members out of Iraq's West Qurna 1 oilfield. Some of them were taken to Dubai, while others arrived at the main camp in Basra Province where the company's employees reside.

The Kingdom of Bahrain has issued a warning to its citizens against travel to Iraq and Iran.

According to the BNA state news agency, Bahraini authorities asked those currently staying in either of the nations to return 'immediately' for their safety.

Ministry of Foreign Affairs of Kingdom of #Bahrain warns citizens against traveling to Islamic Republic of #Iran and Republic of #Iraqhttps://t.co/sDRW3piemn pic.twitter.com/7mwKndVBOS

Bahrain's travel warning comes amid escalating hostilities between the United States and Iran.

Washington has withdrawn non-emergency personnel from its embassy in Baghdad on Wednesday amid purported "threats" from Iran. 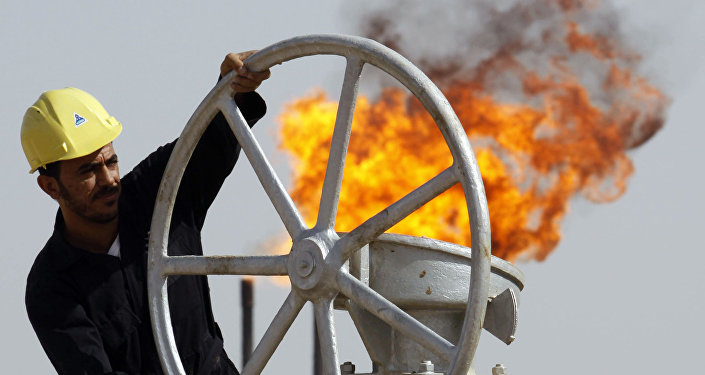 © AP Photo / Nabil al-Jurani
Exxon Mobil Reportedly Evacuates Staff From Iraqi Oilfield Amid US-Iran Tension
Following suit with the US, Germany and the Netherlands announced that they were suspending military training operations in Iraq "until further orders".  However, Germany later resumed its military training mission in Iraq after a re-evaluation of the security situation, while the Netherlands is mulling this option.

The tensions exacerbated after the US boosted its military presence in the Persian Gulf with the Abraham Lincoln aircraft carrier and a bomber task force. Tehran has repeatedly said it is ready to retaliate if a military conflict erupts.