This comes amid continuing tensions between the US and Iran in the Middle East.

Exxon Mobil has evacuated all its foreign staff members out of Iraq's West Qurna 1 oilfield and is flying them out to Dubai, Reuters has reported citing three sources.

According to the report, the evacuation of staff members began on Friday and lasted through Saturday. Some of them were taken to Dubai, while others arrived at the main camp in Basra Province where the company's employees reside.

The evacuation has not affected production at the oilfield, Iraqi oil officials have said. They added that work at the site is under way as normal and being undertaken by Iraqi engineers.

Earlier, the US State Department ordered all non-emergency US government employees to leave Iraq amid rising tensions with Tehran.

Shortly afterwards, Germany and the Netherlands announced that they were halting military training operations in Iraq "until further orders". However, on Friday the German Defence Ministry announced that it was resuming its training mission after carrying out a re-evaluation of the security situation in the region. 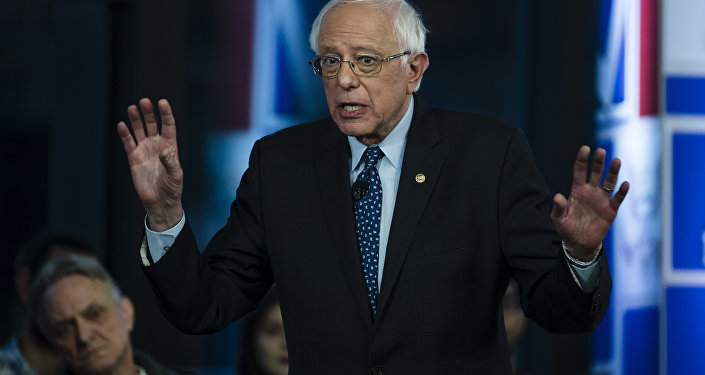 © AP Photo / Matt Rourke
Sanders Warns Iran War 'Wanted by Bolton' Would Be 'Many Times Worse Than Iraq'
Also, the Federal Aviation Administration (FAA) has recently warned commercial airliners flying above the Persian Gulf and Gulf of Oman about the risk of being "misidentified". It added that civilian pilots flying in the area also must be aware of the situation in the region.

Relations between the US and Iran have grown more tense lately after the US reinforced its military presence in the Persian Gulf with the Abraham Lincoln aircraft carrier and a bomber task force. Tehran has repeatedly said it is ready to retaliate if a military conflict erupts.