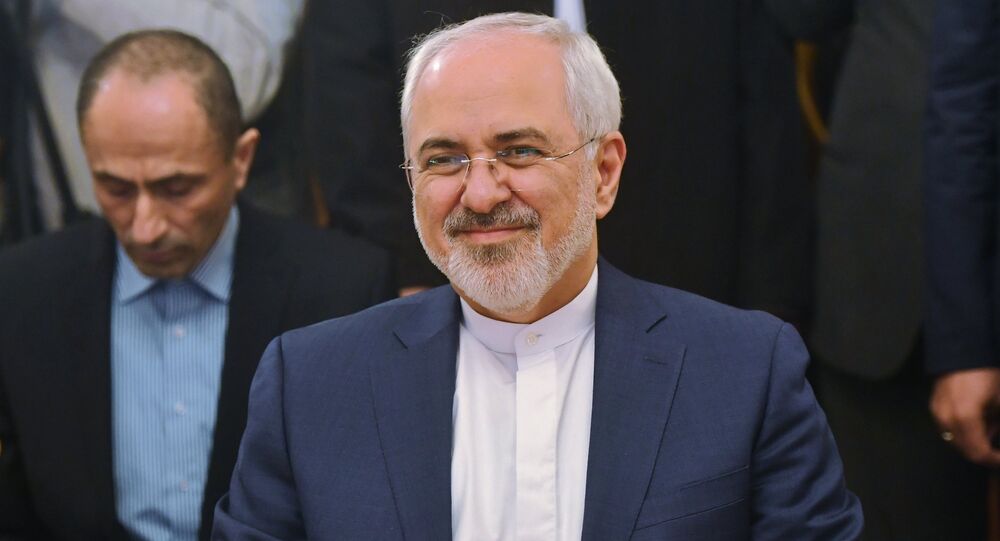 There Will Be No War, We Don't Want It - Iran's Foreign Minister

The Iranian foreign minister suggested there is contradiction between Trump and his advisers advocating for a hardline policy towards Iran, saying the US does not seem to know what to think.

Iranian Foreign Minister Mohammad Javad Zarif has said that the Islamic Republic is not seeking a military confrontation with any power, as quoted by the IRNA News Agency.

Prior to the end of his visit to Beijing, Zarif stressed that there will be no war as Iran does not want to engage in a conflict, adding that no country had the "illusion it could confront Iran".

Zarif tweeted on Friday that, unlike the US, Iran has a consistent policy, retaining the same stance in its relations with the US since 1953. He also highlighted that the possible split between Trump and his advisers led by National Security Advisor John Bolton, dubbed the B_Team.

With the #B_Team doing one thing & @realDonaldTrump saying another thing, it is apparently the U.S. that "doesn’t know what to think”.
We in Iran have actually known what to think for millennia—and about the U.S., since 1953.
At this point, that is certainly "a good thing!"

The tweet came as an apparent response to the US President’s comment that because of the “fraudulent and highly inaccurate coverage of Iran” in the US news media, Tehran “doesn’t know what to think, which at this point may very well be a good thing!” He later repeated in another tweet that “with all of the Fake and Made Up News out there, Iran can have no idea what is actually going on! “

The Fake News Media is hurting our Country with its fraudulent and highly inaccurate coverage of Iran. It is scattershot, poorly sourced (made up), and DANGEROUS. At least Iran doesn’t know what to think, which at this point may very well be a good thing!

Zarif’s comments came after the escalation of tensions between Washington and Tehran. The United States has boosted its military presence in the Persian Gulf with the USS Abraham Lincoln aircraft carrier and a bomber task force, to send "a clear and unmistakable message" to Iran. Washington also approved the additional deployment of the Patriot missile defence system and an Arlington amphibious warship to the region despite reports indicating that US President Trump does not wish for war with the Islamic Republic. Iran has condemned US sabre-rattling as "psychological warfare" and repeatedly expressed its readiness to retaliate in the event of a military conflict.

US 'Sitting By the Phone' But Hasn't Heard From Iran Yet - Trump Admin. Official

Dangerous Game: Iran Could do 'Enormous Damage' to US Military - Iranian Prof