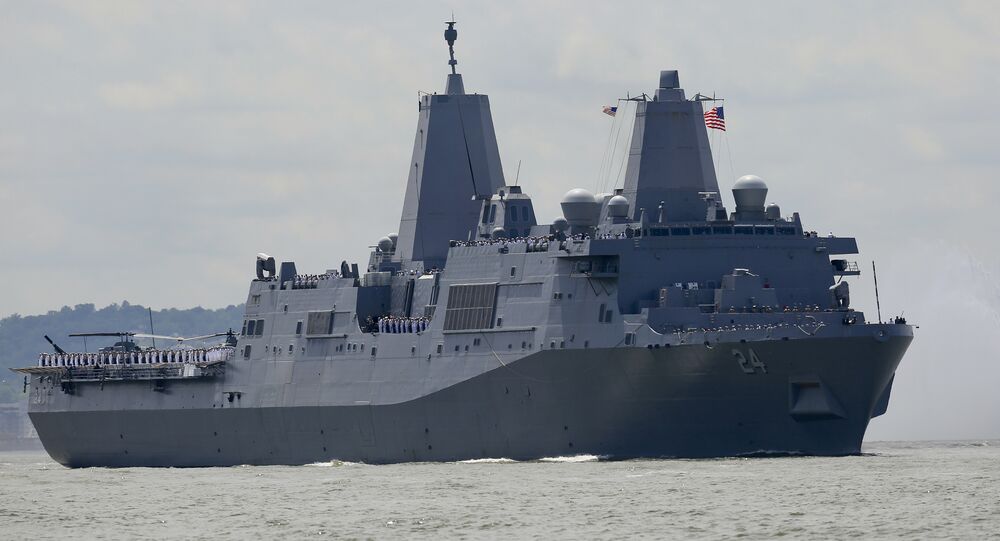 The situation in the region escalated last week after acting US Defence Secretary Patrick Shanahan ordered the deployment of the USS Arlington, a San Antonio-class amphibious transport dock, and additional MIM-104 Patriot missile defence systems to the US Central Command (CENTCOM) region.

Pakistani authorities said on Sunday that they had notified the United States that Pakistan was against any attack on Iran, as such an act would be "destructive for the regional peace".

A senior official in the Pakistani Foreign Ministry told The Nation outlet that "the US claims Iran is intensifying tension".

At the same time, according to another official, Pakistan has contacted Iran as well, urging it to restraint to ensure peace.

© AP Photo / Ebrahim Noroozi
The US Has Our Number: Iran Brushes Off Trump’s Request to Call Him
Tensions between Iran and the US reached a new level after Washington enlisted the Islamic Revolutionary Guard Corps (IRGC) as a terrorist organisation earlier this year, with Iran doing the same to the US Central Command.

Later on, US National Security Adviser John Bolton announced that the US was deploying the USS Abraham Lincoln Carrier Strike Group and a bomber task force near Iran in a move to send "a clear and unmistakable message to the Iranian regime that any attack on US interests or on those of our allies will be met with unrelenting force".

Responding to the claims, Tehran said that it posed no threat to the US, adding that Washington's allegations were based on "fake intelligence". According to Iran's Supreme National Security Council spokesman Keivan Khosravi, Bolton's statement was "a clumsy use of an out-of-date event for psychological warfare".