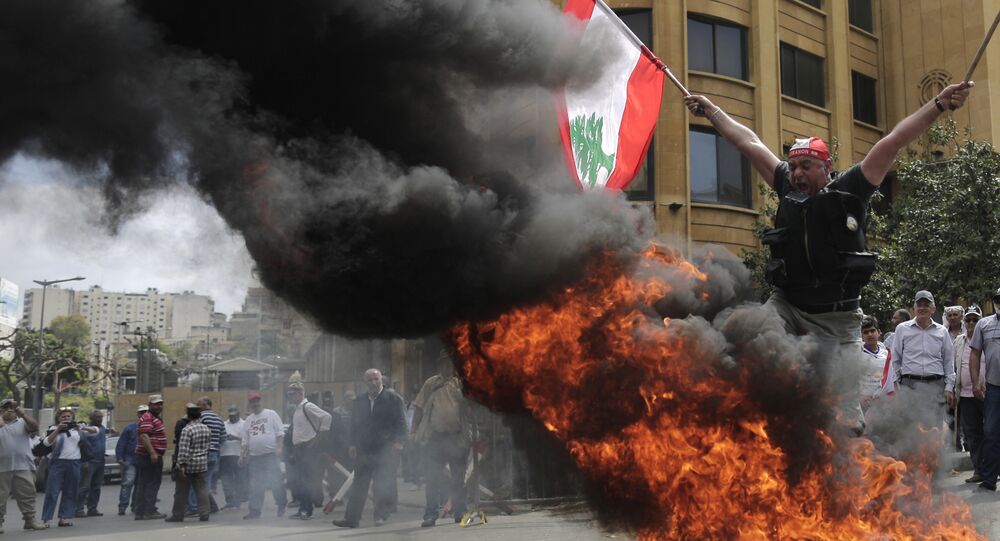 Retired soldiers have been protesting in Lebanon over proposed cuts to the cost of military pensions and benefits as the government debates a draft budget aimed at reducing the state deficit, Reuters reported Sunday.

"We are in an open protest at the Central Bank and blockading it until further notice", General Sami Ramah told has Reuters by phone.

According to Ramah, cited by Reuters, retired Lebanese servicemen will stage a sit-in at the Central Bank until further notice, to stop it from opening until the government agrees to drop any cuts to the military in the draft budget.

The Lebanese economy is reportedly saddled with one the heaviest public debt burdens in the world, and country's Prime Minister Saad al-Hariri said earlier this week that failure to pass a “realistic” budget would be tantamount to a “suicide operation”, according to Reuters.

The Lebanese authorities have said, cited by Reuters, that only soldiers serving at the frontline with Israel would benefit from the financial incentive — reportedly dubbed "Measure 3" — that was designed for frontline troops but has been widely applied. Demand for the strict application of the “Measure 3” was reportedly included in the country's draft budget triggering strikes and protests in recent weeks, including by retired soldiers.

READ MORE: Lebanon Alarmed Over Its Own Lands After Trump’s Move on Golan Heights – Report

Under “Measure 3”, one year of frontline service is reportedly counted as three when it comes to calculating servicemen’s end-of-career compensation.

The Lebanese military is widely deployed inside the country and has been reportedly seen as a pillar of its stability since the end of the 1975-90 civil war.