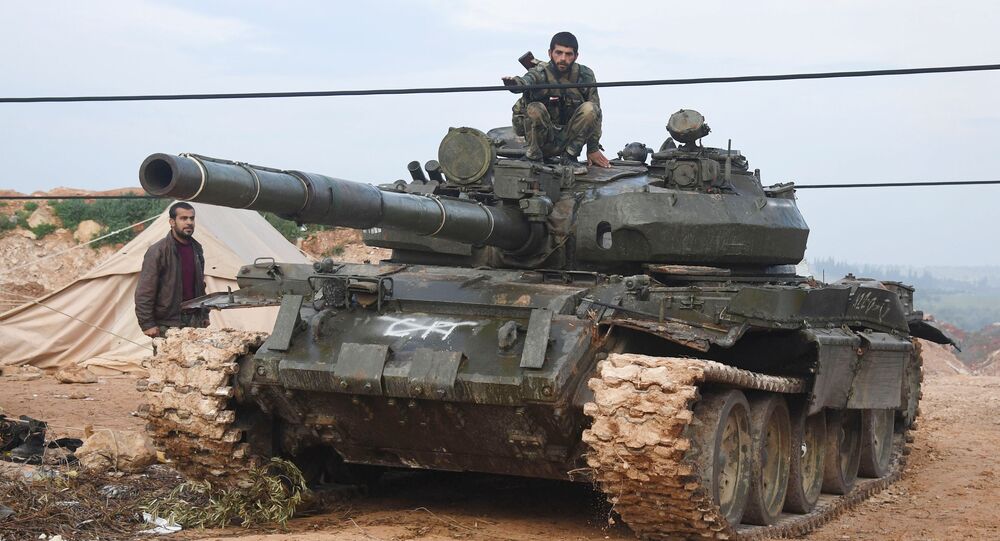 The army liberated the villages of al-Jamaziya, Bab al-Taqa and Mustariha in the northwestern part of Hama Province, it said.

Earlier on Saturday, Syrian army crossed the southern administrative border of Idlib and established control over the villages of Arima and Midan Ghazal, following clashes with Nusra terrorists.

Over the past week, terrorists have increased the number of attacks on settlements in the north of the province of Hama, in Aleppo and in mountainous Latakia.

© Photo : Russian Defence Ministry
Militants Attempted to Shell Hmeymim Base in Syria, All Attacks Thwarted - MoD
Militant groups are making unsuccessful attempts to attack the positions of the Syrian army. The Syrian government forces and the air force, in turn, have intensified strikes against terrorists in Idlib, attacking warehouses, firing positions and advanced observation posts of the Nusra Front.

Syria has been in the state of war since 2011, with numerous opposition groups and terrorist organizations fighting the Syrian armed forces to topple the government of President Bashar Assad.

The Idlib province is the last major stronghold of terrorists and armed rebels in Syria. In September 2018, ceasefire guarantors Russia and Turkey agreed to set up in Idlib a 9-12 mile deep demilitarized zone, which would be cleared of heavy weapons and militants. However, despite progress in the withdrawal of weapons and fighters from the area, remaining militants regularly commit ceasefire violations by shelling nearby provinces.

Jihadi Bride Out, White Helmets In