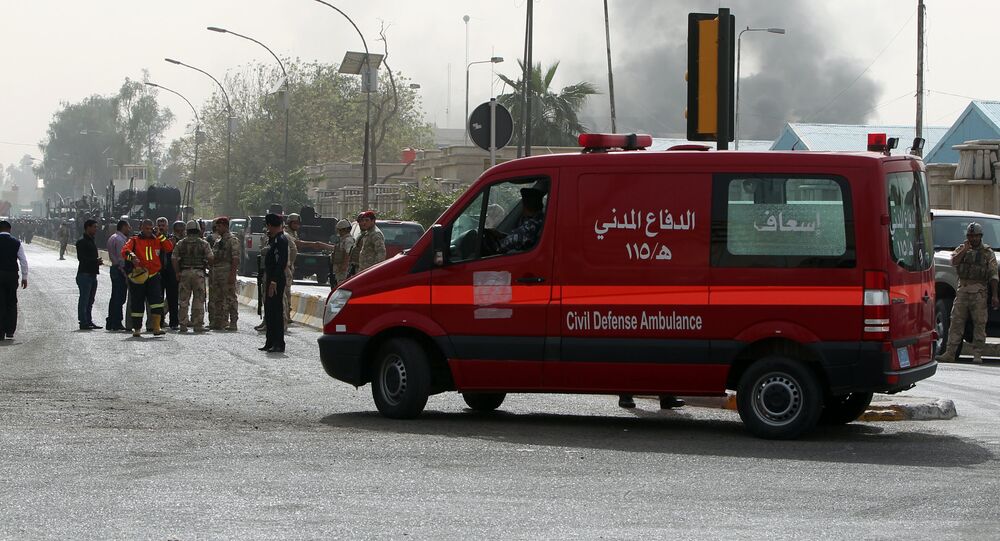 Earlier in the day, the Iraqi military said that a suicide bombing in the Sadr City district of Baghdad killed a number of people. At the time, the exact number of those killed and injured was not disclosed.

Earlier AFP reported, citing a security official, that at least seven people were killed and 15 wounded in the suicide bombing at a market in eastern Baghdad on Thursday.

"A suicide bomber wearing an explosive belt blew himself up close to stalls at the crowded Jamila market," the senior police officer said as cited by AFP.

At the same time, local TV Al-Sumaria reported that at least 8 people were killed in the suicide attack, with 10 more injured.

#Update: Just in — Video of emergency services responding to the victims of the, suicide bomb blast attack in the capital of #Iraq in #Baghdad. What killed at least 8 people and injured 10 people. pic.twitter.com/hcuX62keTI

There was no immediate claim of responsibility.

Following the deadly attack, the Baghdad Operations Command noted in a statement, that before the suicide bomber detonated his explosive belt, he was surrounded by security forces.