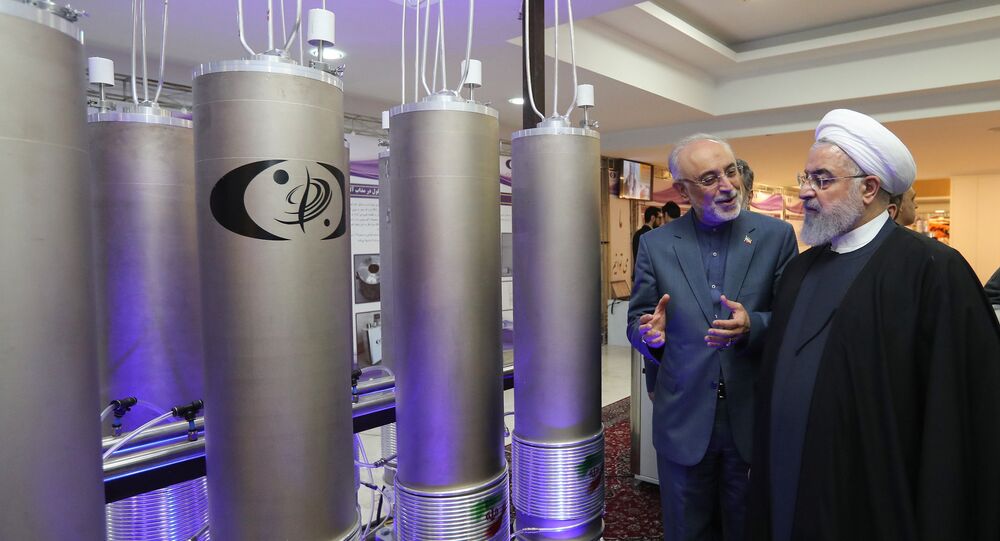 Earlier in the day, Tehran announced that it would be suspending several commitments within the Joint Comprehensive Plan of Action (JCPOA), known as the Iranian nuclear deal, for a 60-day period, adding that the country has no intention to withdraw from the agreement.

Press TV reported on Wednesday, citing sources close to Iranian president Hassan Rouhani that Tehran might withdraw from the 1970 Treaty on the Non-Proliferation of Nuclear Weapons if the UN Security Council puts the issue of the Iranian nuclear deal on the agenda.

READ MORE: US Pushing Iran to Violate Nuclear Deal to Declare it a Security Threat — Source

Commenting on the partial suspension of Iranian commitments under the JCPOA, Russian Foreign Minister Sergei Lavrov noted earlier in the day it would be premature to hold a UNSC meeting on the matter.

© REUTERS / Ronen Zvulun
Netanyahu Vows to Stop Iran From Getting Nukes Amid Possible Nuclear Deal Crisis
Rouhani announced the suspension of certain obligations under the nuclear deal concerning reserves of enriched uranium and heavy water one year after his American counterpart announced that Washington was leaving the JCPOA to reinstate unilateral sanctions against Tehran.

However, other signatories to the accord refused to follow the US decision and confirmed their commitment to the nuclear deal. The European Union also attempted to install the INSTEX special mechanism to continue trade with the Islamic Republic, bypassing the US sanctions.