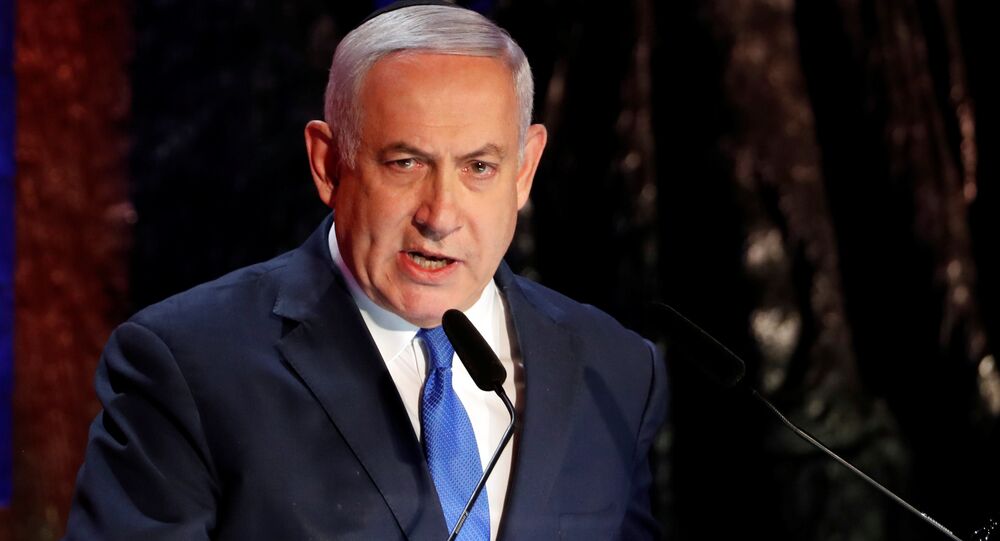 Iranian Foreign Minister Javad Zarif has announced that due to the inability of the EU and other states to resist pressure from the US, who pulled out of the nuclear deal, Tehran will be backtracking on some of its "voluntary" commitments.

Israeli Prime Minister Benjamin Netanyahu has stated that Israel will make every effort to prevent the development of nuclear weapons by Iran amid the news that the latter may pull out of some of its commitments under the nuclear deal.

"This morning, on my way here, I heard that Iran intends to pursue its nuclear programme. We will not allow Iran to achieve nuclear weaponry. We will continue to fight those who would kill us", he said.

Netanyahu's statements come in the wake of Iranian Foreign Minister Javad Zarif announcement that Tehran will not be carrying out "some [of its] voluntary commitments" in the Joint Comprehensive Plan of Actions (JCPOA), also known as Iran nuclear deal. Zarif explained that the move was prompted by the EU and other states failing to resist pressure from the US, who pulled out of JCPOA last year, and re-imposed sanctions on Iran.

Javad Zarif argued that Tehran's actions do not violate the nuclear deal and stressed that the country is not exiting the deal.

Iranian state TV reported on the same day that letters from President Hassan Rouhani, explaining Tehran's move, will be delivered to ambassadors from the UK, France, Russia, China, and Germany. According to Rouhani, Iran will start rolling back some of its commitments in 60 days and start increasing uranium enrichment levels.

Russia, one of the signatories to the JCPOA, slammed the US for its actions against Iran, arguing that they have led to Tehran's decision to backtrack on some of its commitments under the accord. Moscow has further vowed to continue working with EU partners in a bid to salvage the deal.

French Defence Minister Florence Parly has commented on Iran's statements, saying that nothing would be worse than Iran withdrawing from the deal. She also added sanctions may be re-imposed against the Islamic Republic if it fails to comply with the nuclear deal.