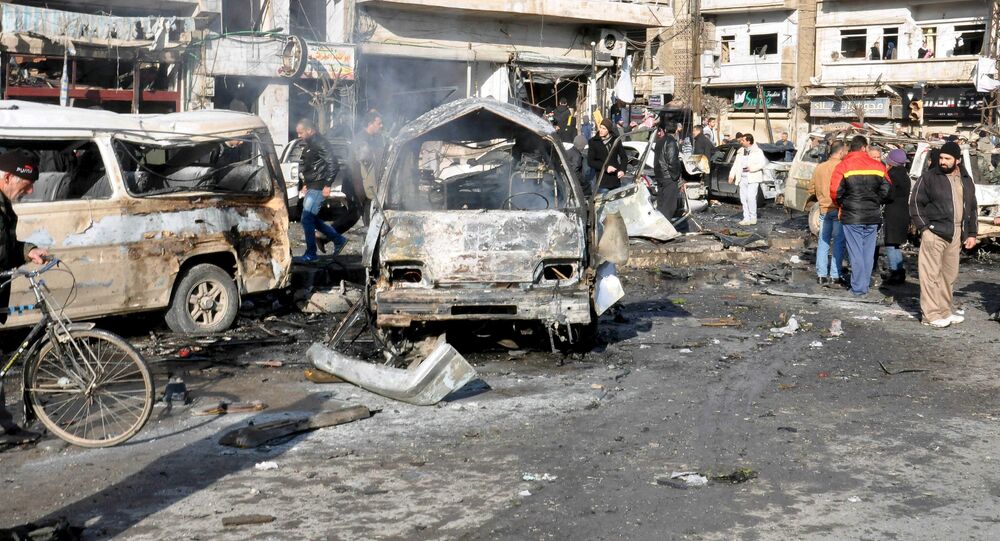 Syrian authorities defused a vehicle with a bomb planted in the centre of a main residential area of the city of Homs, the Syrian state-run broadcaster said Wednesday, cited by Reuters.

According to media reports, a car filled with C4 chemicals was left in the Zahra district of the city. No other details have been revealed so far.

Zahra has been subject to attacks more often than any other Homs' district, since it is home to numerous families of servicemen and members of Shiite militias. It has been therefore targeted by Sunni rebels, including those wishing to undermine the rule of Syrian President Bashar Assad, who is a member of the Alawite religious group, which is largely represented in Zahra.

In March, at least four Syrian civilians were killed by the Daesh terrorist group in Syria’s province of Homs, according to local media reports. The Syrian citizens were murdered in the southeast of the province by a terror group consisting of the Daesh militants, who had penetrated into the region, according to Al Ekhbariya broadcaster.

© Sputnik / Mikhail Voskresenskiy
Return to Peaceful Life: Syrian Military Continues to Clear Homs From Explosives - MoD
Syria has been in a state of civil war since 2011, with the government forces fighting against numerous opposition groups, as well as militant and terrorist organizations.

As the Syrian government has regained control over most of the country's territories that were seized by terrorists, it is now focused on creating favorable conditions for repatriating refugees. Moscow is assisting Damascus in this process, along with providing humanitarian aid to civilians and being a guarantor of the ceasefire.