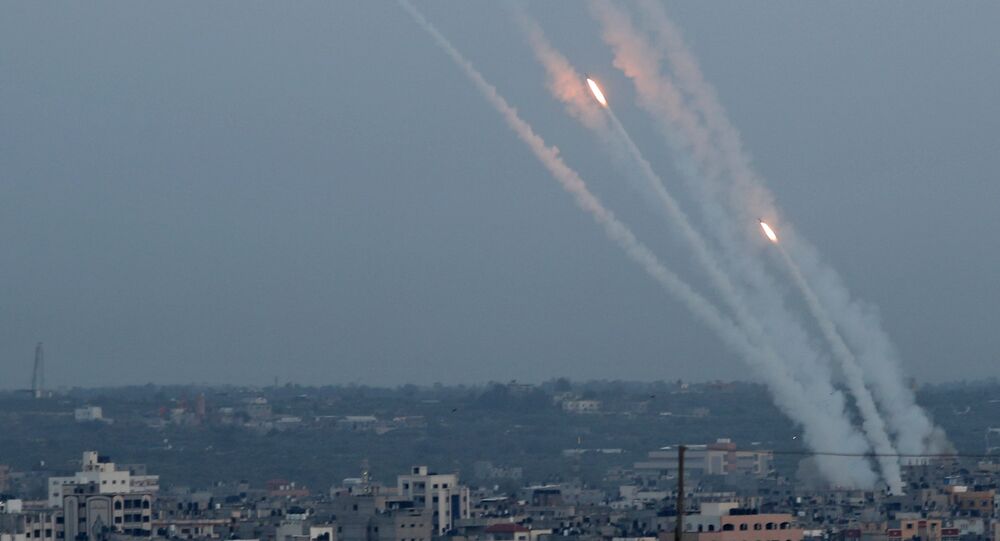 Hundreds of missiles have been launched from the Gaza Strip at Israeli territory since 4 May, triggering a harsh response from the IDF. The barrage is just the latest episode in Gaza-Israel tensions, which have been intensifying since 2018.

The Israel Defence Force's (IDF) Twitter account has reported encountering problems when trying to post an update on the missile attacks from the Gaza Strip. It turned out that Twitter considered the tweets, which only differed in one number — the amount of missiles launched at Israel, to be identical and thus did not allow a second post to be published.

We'd like to update you on the constant rocket fire from Gaza, but Twitter prevents us from repeating messages… pic.twitter.com/pj7hgmeBVN

Still, the IDF found a way out of the situation in order to publish the important data. The latest tweet not only indicated the amount of rockets that had been launched, which now amount to some 600 over the last 30 hours, but also stressed that each of them was a separate attempt to murder Israeli citizens.

The massive missile attack coming from the Gaza Strip began early on 4 May, with the IDF reporting that the Iron Dome defence system had intercepted "dozens" of rockets. Tel Aviv has accused Hamas of carrying out the barrage and ordered a retaliatory attack against its facilities in the enclave. The exchange of fire has led to civilian casualties on both sides.

Tensions on the Gaza-Israeli border started to intensify in March 2018 with the beginning of the Great March of Return protests. Although organisers claim that the rallies were peaceful, they led to large amounts of casualties, predominantly among the Palestinians. The IDF has stated that the protests were organised by Hamas as cover to infiltrate and attack Israel.