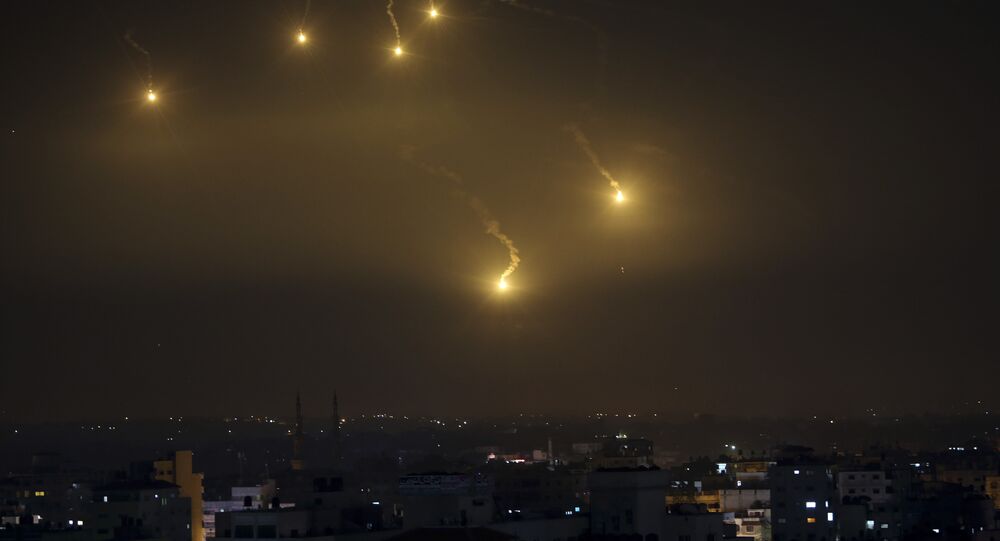 TEL AVIV (Sputnik) - A 60-year-old man was killed after a rocket slammed into his house in the town of Ashkelon, a coastal city in the Southern District of Israel, Superintendent Micky Rosenfeld, an Israel Police Foreign Press Spokesman, said on Sunday.

The incident comes as air-raid sirens sounded across southern Israel less than a day after militants in Gaza fired over 250 rockets and Tel Aviv responded with airstrikes.

© AFP 2021
Israel Had Nukes During 1967 War, Was Ready for 'Last Resort' Use – Ex-Officer
Tensions in the Gaza Strip escalated early Saturday when the Israeli military said they detected dozens of rockets fired from the area. The Israel Defence Forces (IDF) responded by hitting Hamas and other targets in the area. The Israeli military also attacked a building where military intelligence and general security offices of the organisation in the Gaza Strip were located, reportedly killing two Hamas soldiers.

The exchange of fire follows recent clashes on the Gaza border on Friday, in which four Palestinians were killed and over 50 wounded, while two Israeli troops received injuries.

At the same time, Islamic Jihad, a Gaza-based militant group, has released a video, showing its fighters loading projectiles into a rocket launcher and threatening to attack an Israeli nuclear plant in Dimona, the port of Ashdod, refineries in Haifa, and Ben Gurion Airport.