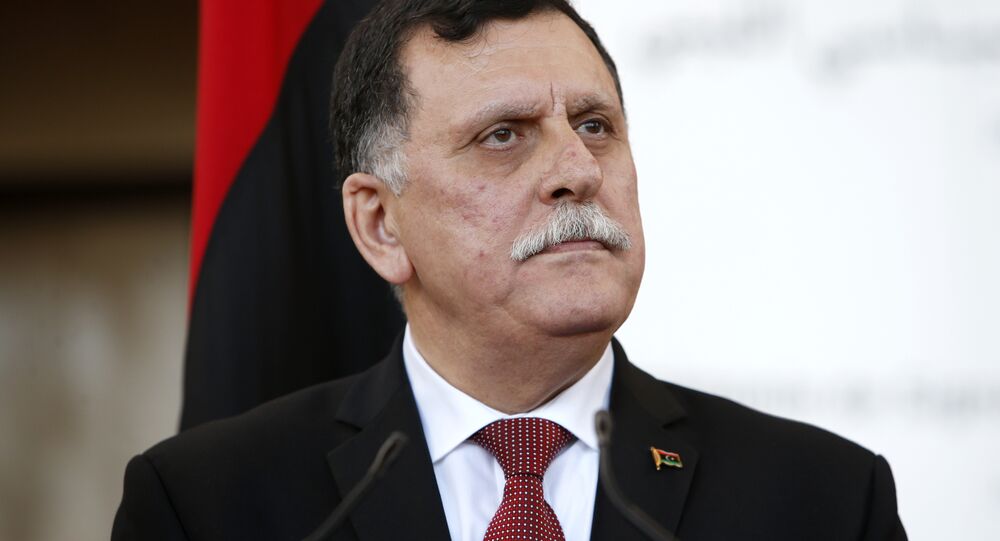 TRIPOLI (Sputnik) - The head of Libya’s Government of National Accord (GNA) Fayez Sarraj told Sputnik that the offensive on the country's capital of Tripoli led by the Libyan National Army (LNA) is merely "stab in the back."

"What happened was a stab in the back. We talked with him [Haftar] about the political decision. He performed this attack on April 4, which means that when I talked to him [last time] at the end of March, he was already preparing the attack," Sarraj said.

© REUTERS / Esam Omran Al-Fetori
Libyan National Army's Camp in Sabha Military District Subjected to Armed Attack - Source
Sarraj also expressed regret that only a little amount of countries had recognised the offensive by the Libyan National Army on Tripoli as an act of aggression.

"Here and there we hear different statements, and, unfortunately, some parties, when you tell them what is happening, do not have the courage to call what happened by their name. They are talking about a ceasefire, about returning to peaceful process, we hear all this from some high-ranking officials… Only a few countries that we thank, have openly condemned this aggression, calling the events by their name, and demanded its termination, so that the possibility of returning to the political process actually appears," Sarraj said.

Tensions flared up in the country in early April. Back then, Field Marshal Khalifa Haftar launched an offensive to retake Tripoli from the forces loyal to the GNA. The Haftar-led LNA has already recaptured a number of settlements on its way to the capital, including the Tripoli International Airport, located around 20 miles away from the capital.

Since the overthrow and killing of Libya's long-time leader Muammar Gaddafi in 2011 Libya is currently divided into two parts — the internationally recognized and GNA headed by Fayez Sarraj in Tripoli and a parallel administration allied to Haftar in the east of the country.