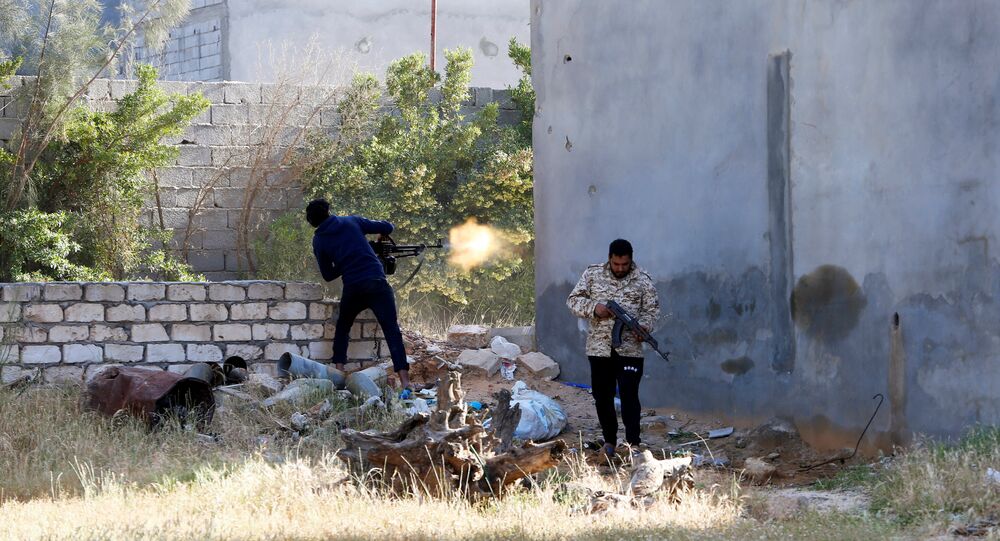 "We assure everyone that the situation on all fronts is good. We have taken back a large number of positions that the aggressor has taken over using the surprise factor. Now the situation is good, the aggressor’s forces are retreating, and began to blindly shell civilian areas, which led to the deaths of civilians," Sarraj said.

Mr Sarraj also told Sputnik that GNA would stop hostilities against the Libyan National Army (LNA) once the latter retreats to its previous positions. He stressed that any talks about ceasefire were unacceptable unless the aggression stopped.

Ready to Cooperate with Moscow

The Libyan Government of National Accord (GNA) is open to cooperation with Moscow as it entails huge prospects in various fields, including defense and oil sector, Sarraj told Sputnik.

"From the very beginning, we are open to cooperation with Moscow in all areas: economic, technical, military, as well as in the field of security, in the oil industry, railway… There are great prospects for our cooperation. There is a chance to use this cooperation to return the relations to their natural course," Sarraj said.

© REUTERS / Ahmed Jadallah
Libyan GNA Accuses France of Supporting Haftar, Halts Cooperation With Paris
The GNA head went on to confirm that the delegation from Tripoli would visit Moscow soon.

Earlier in the week, the vice chairman of the Tripoli-based Libyan Presidential Council, Ahmed Maiteeg, told Sputnik that he would head the GNA delegation, expected to visit Russia in the coming days.

READ MORE: Over 340 Killed, 1,652 Injured Since Start of LNA Offensive on Tripoli — WHO

The clashes in Libya started on 4 April, when LNA commander Khalifa Haftar ordered his forces to retake the GNA-controlled capital of Tripoli, which resulted in violent fighting.