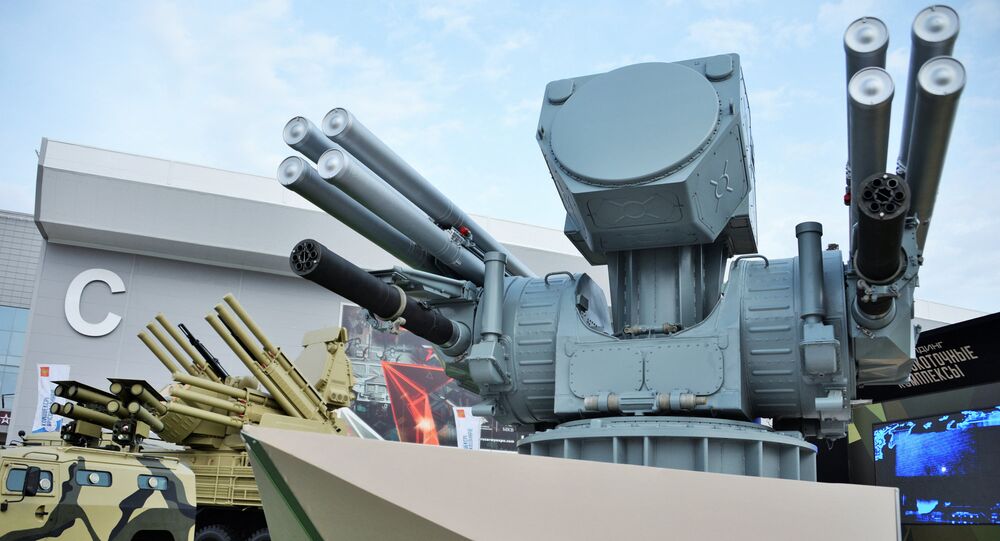 Turkey Interested in Other Russian Weaponry Apart From S-400s – Official

The contract for Turkey to procure Russian air defence systems has been vehemently opposed by Washington, who is trying to convince Ankara to ditch it threatening the country with sanctions and freezing deliveries of F-35 fighters.

Head of Russian Defence Export firm (Rosoboronexport) Aleksandr Mikheev has shared that Turkey is showing interest in Russian weaponry apart from the S-400 air defence systems ordered by Ankara in December 2017. According to him, Ankara is also interested in other Russian air defences of various ranges, as well as anti-tank weaponry and other weapons stations.

Mikheev added that the two countries also have several joint ventures aimed at developing new state-of-the-art jets and helicopters, modules for armoured vehicles and maintenance for the equipment, previously sold to Ankara. He further stressed that due to the "constructive dialogue between the political leadership" of the two states, Russia and Turkey have managed to thwart foreign rivals' attempts to meddle in their bilateral military cooperation.

Rosoboronexport's CEO earlier reacted to reports that Turkey might be interested in buying Russian jets instead of American F-35s, saying that Moscow is ready to discuss such procurements with Ankara.

Turkey has been experiencing trouble in obtaining the F-35 jets it ordered since Ankara inked a contract with Moscow on the procurement of Russian S-400 air defence systems. The US authorities claim that the Russian system could gather info about the American jet and reveal its weaknesses to Moscow.

Turkish President Recep Tayyip Erdogan has repeatedly stated that Ankara will not abandon the S-400 deal despite US pressure. He recalled that Turkey was willing to buy Patriot defence systems instead of Russian-made systems, but Washington had failed to provide a better deal than Moscow.

For its part, the US has reportedly halted all supplies of F-35-related parts to Ankara and threatened it with sanctions in case it obtains Russian S-400s. The situation has been further complicated by the fact that some of the F-35's parts are exclusively produced in Turkey, with   the US reportedly considering plans to shift their production to Europe.