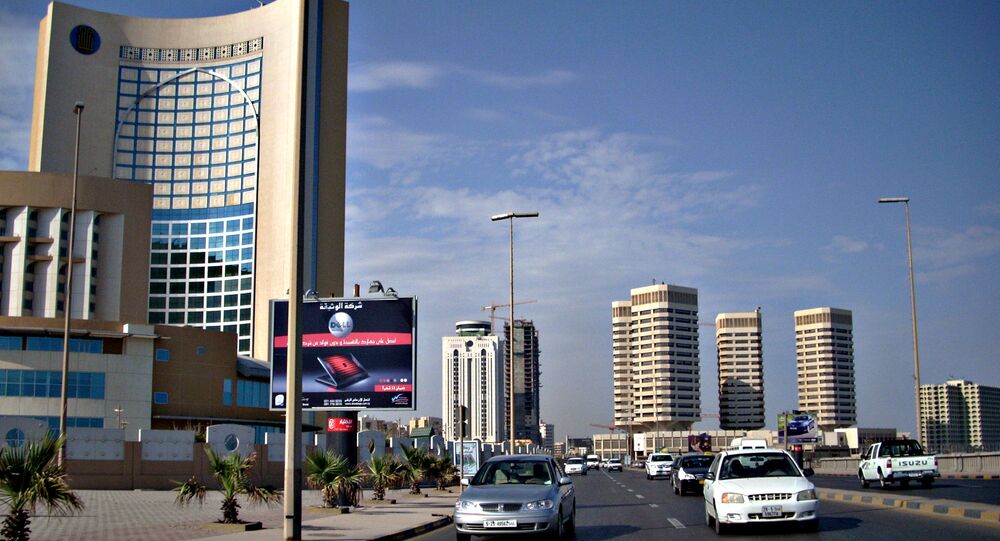 CAIRO (Sputnik) – The Libyan National Army (LNA) has carried out an airstrike on an alleged ammunition depot of armed groups in Tripoli, local media reported on late Saturday citing eyewitnesses.

According to the media outlet Akhbar Libya, the air operation lasted for more than an hour, with a number of other facilities in Tripoli having been targeted by the LNA airstrikes.

Residents said they saw a drone apparently guiding missiles and then heard several loud explosions, according to Reuters.

On 21 April, The Guardian reported that Libya's capital Tripoli had been hit by airstrikes, marking the first alleged use of armed drones in the conflict.

Allegations regarding the use of drones were made by the UN-backed Government of National Accord (GNA) based in Tripoli, and supported by local residents, according to The Guardian.

​Tensions flared up in Libya in early April. At that time, Field Marshal Khalifa Haftar launched an offensive to retake the capital, Tripoli, from the forces loyal to the UN-backed Government of National Accord (GNA).

The Libyan National Army (LNA) has already recaptured a number of settlements on its way to the capital, including the Tripoli International Airport, located around 20 miles away from the capital. The forces loyal to the GNA have announced a counteroffensive, dubbed Volcano of Rage, to repel the National Army.