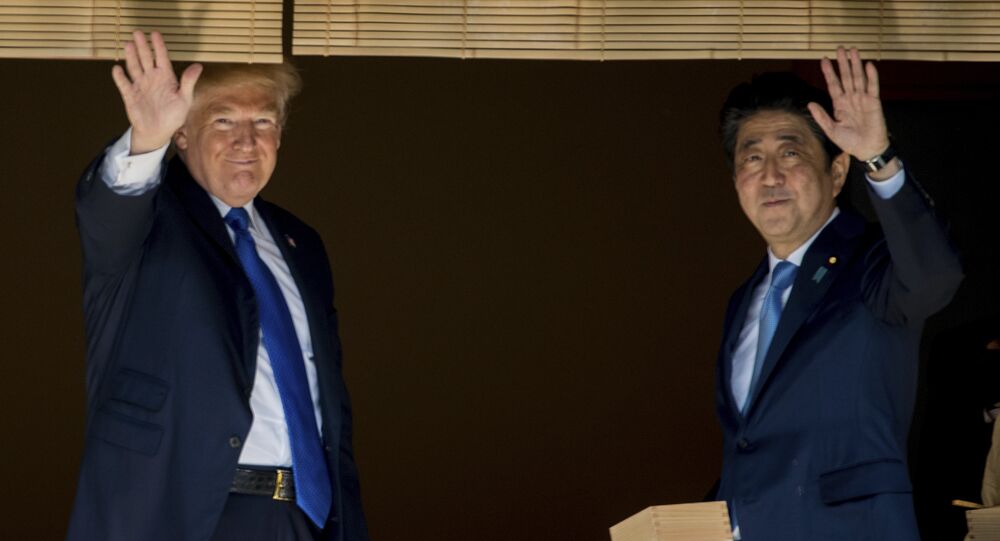 US President Donald Trump and Japanese Prime Minister Shinzo Abe have confirmed their joint desire to eliminate oil imports from Iran, Reuters reported citing the US ambassador to Japan.

The two heads of state have discussed a "desire to see Iran change its path and seek a more peaceful course forward", US Ambassador to Japan William Hagerty said as cited by Reuters.

The US ambassador also said that key topics on the agenda included the two nations' "joint resolve" to maintain sanctions against North Korea, the production of automobiles in the US, and the latter's desire to see "more movement in that direction".

© REUTERS / Carlos Barria
Trump Says US, Japan Can Make Good, Long-Term Trade Deal - Report
The US ambassador confirmed that Donald Trump was planning to attend the G20 Summit in Japan in June. Coordination between the two governments to ensure a successful G20 Summit was also discussed during a meeting in the White House, Reuters reported earlier.

Japanese Prime Minister Shinzo Abe, speaking after his meeting with US President Donald Trump, noted that the two countries had reaffirmed their intent for future cooperation towards achieving a free and open Indo-Pacific region, Reuters reported, citing a senior Japanese government official.