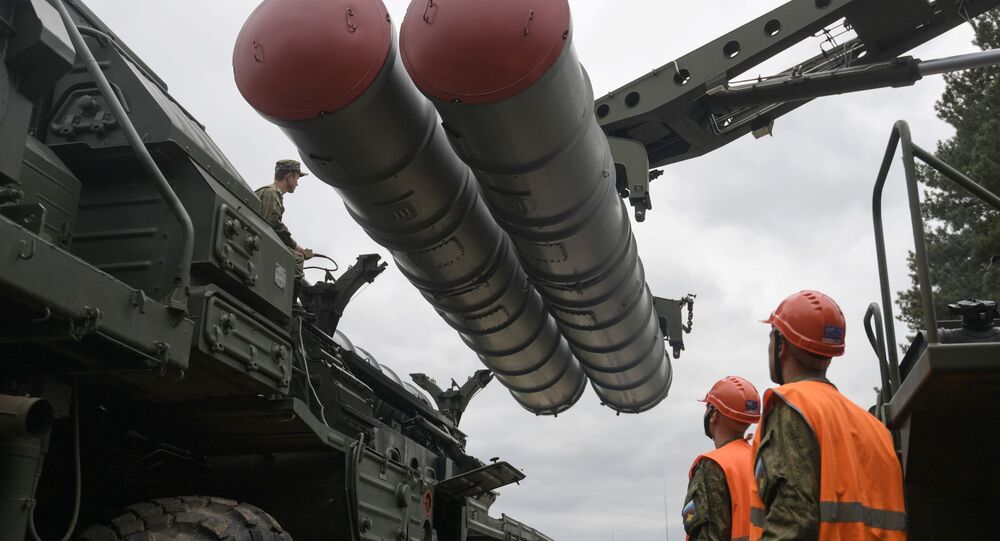 The US has threatened Turkey with expulsion from the F-35 programme as well as with sanctions if it doesn't drop its deal with Russia. Washington claims that the Russian systems could reveal weaknesses of the F-35 once deployed in the country.

Turkish President Recep Tayyip Erdogan has stated that Turkey will continue to boost its security, even if by doing so it leads to disagreements with other states — as has been the case with its procurement of Russian S-400s in regards to Ankara's bilateral relations with the US.

"We have serious disagreements with the US regarding the S-400 acquisition. But despite what others say, what is important for us is the future of our country. We will take steps to drain the swamp of terrorism in Syria and will proceed with [the] S-400 [purchase] and similar security reinforcements. Some say one thing, others — another. But what is important, is what we say", Erdogan stated.

Earlier, US Secretary of State Mike Pompeo warned Turkey that its participation in the Joint Strike Fighter project could be terminated along with F-35 deliveries due to Ankara insisting on acquiring Russian S-400 air defence systems. Washington has also threatened Turkey with sanctions for purchasing Russian military equipment.

The US claims that if Turkey deploys S-400s in the country, the systems will be able to collect data on the F-35 and transfer it to Moscow, possibly revealing the jet's weaknesses. Washington has offered Ankara an American "analogue" instead, the Patriot missile system, but it is capable of downing only enemy missiles — whereas the S-400 is also capable of downing hostile planes and drones.

Turkey has insisted on keeping its deal with Russia, with Erdogan stressing that the US has failed to offer a better deal to replace it with. Turkish authorities have slammed the US plans to freeze F-35 deliveries, noting that Ankara has invested in the development of the aircraft and already paid for the first planes. An unnamed source recently told the website Defence News that if Turkey fails to obtain the American jets, Ankara will be looking at Russian fighters as a replacement.

S-400 Purchase Done Deal, But Turkey Still Talking to US About Patriots - Ankara