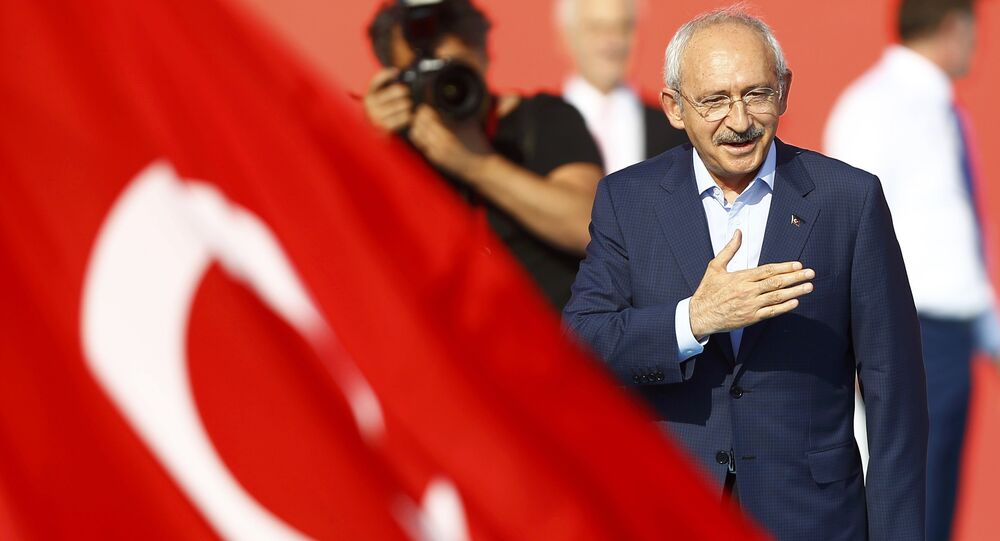 "There was no proof that this provocation was managed from abroad. The man who intended to hit Kilicdaroglu turned out to be a relative of the killed officer. Surveillance camera records have been examined. Nine people were detained during the investigation, all of them are residents of Akkuzulu village", Soylu told journalists.

He also added that Kemal Kilicdaroglu had not informed the Turkish authorities about his intention to attend the funeral, which was a dangerous thing to do as the tensions in society were escalated after the recent election.

The news about the detentions come after on Sunday, Kilicdaroglu was attacked by a group of people in the Cubuk district of Ankara during the funeral of a Turkish soldier who was killed several days ago in clashes with Kurdish rebels on the Turkey-Iraq border. The group of aggressive men surrounded the politician and tried to approach him making aggressive movements and chanting slogans against him. Kilicdaroglu managed to avoid any harm as guards tried to push the attackers away from him.

© REUTERS / Huseyin Aldemir
Turkish Ruling Party Files Appeal Against Istanbul Election Results – Reports
During the campaign held in Turkey on the eve of the municipal elections on 31 March, Turkish President Recep Tayyip Erdogan repeatedly accused Kilicdaroglu of supporting the PKK, which is banned in the country. However, the CHP managed to supplant the president's party during the election in Ankara and Istanbul, gaining more votes.

Ankara has been in a confrontation with the PKK, which seeks to establish a Kurdish autonomy in the country, since the 1980s. In 2013, the sides agreed to a two-year ceasefire that collapsed due to attacks allegedly committed by PKK militants. Turkish security forces carry out regular anti-PKK raids, mainly in the south-east of the country, and conduct airstrikes against the group in northern Iraq.