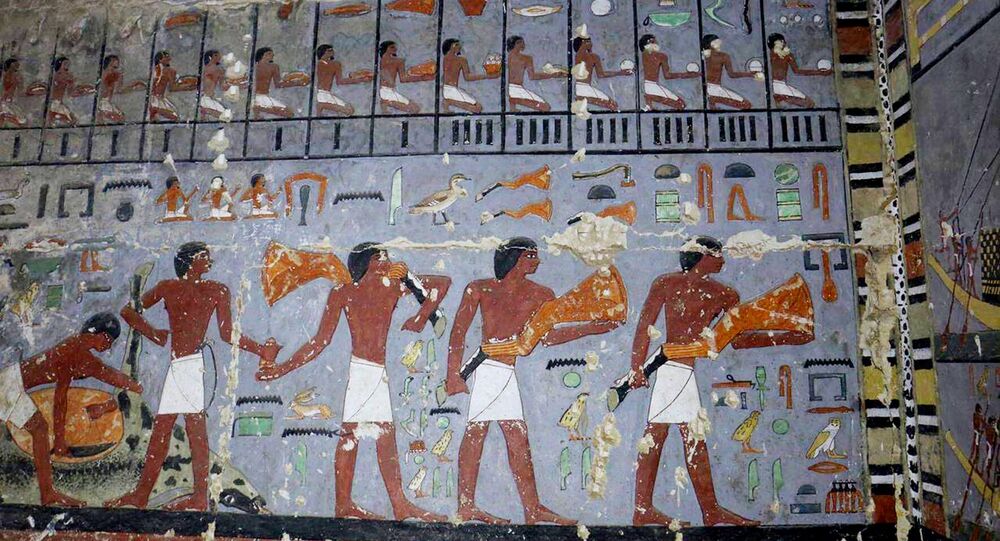 The occupant of the tomb is believed to have been a nobleman who lived over four thousand years ago, and at least a portion of the burial site was inspired by the design of the royal pyramids of that time.

A fascinating discovery was recently made by archaeologists in Egypt, where a tomb of a high-ranking official, covered in colourful reliefs and well-preserved inscriptions, was unearthed near Saqqara, a vast necropolis located south of Cairo.

© CC0
Biblical Pharaoh Who Attacked Jerusalem May Have Founded Ancient Israel, Archaeologist Claims
The person interred in the tomb, Khuwy, is believed to have been a nobleman who lived during the Fifth Dynasty, which ruled over Egypt from the 25th century BC. until the mid-24th century BC.

"The L-shaped Khuwy tomb starts with a small corridor heading downwards into an antechamber and from there, a larger chamber with painted reliefs depicting the tomb owner seated at an offerings table," the head of the excavation team said in a statement released by the country’s Ministry of Antiquities.

The tomb itself is mostly constructed from limestone bricks, and is adorned with ornate paintings with were made using a green resin and oils usually reserved for the burial process.

The tomb’s north wall also indicates that its design was inspired by that of the Fifth Dynasty’s royal pyramids, the ministry’s statement added.

According to Egypt’s Minister of Antiquities Khaled al-Enani, the tomb was discovered last month.

'One of MOST EXCITING Discoveries': STUNNING Artefacts Spotted in 2,000 YO Tomb