"[It is necessary] to implement an [arms] embargo against Haftar and prevent the countries supplying [Haftar] with arms and ammunition from doing so," the minister said in an interview with Italy's La Repubblica newspaper.

The minister also stressed that the withdrawal of Haftar's troops from the territories it had occupied during the operation was vital in order to prevent the LNA leader from thinking that he had gained control over these territories in a  "natural way". 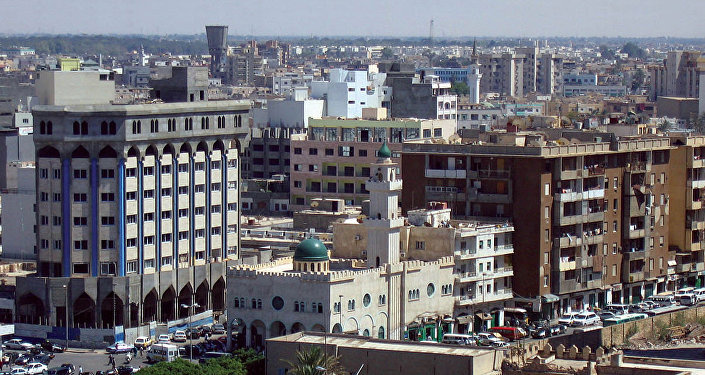 © CC BY 2.0 / Bryn Jones / Tripoli Panorama
Fighter Jet of Haftar’s Forces Downed Near Tripoli
After the effective arms embargo is in place and the LNA forces are withdrawn, the minister suggested holding the Libyan National Conference that was scheduled for April 14-16 but was "deliberately foiled by Haftar's offensive."

The foreign minister of Qatar, which has been supporting the GNA, arrived in Rome on Monday to discuss the situation in Libya with Italian Prime Minister Giuseppe Conte and the state's foreign minister, Enzo Moavero Milanesi.

The long-running chaos in Libya escalated earlier this month after Marshal Haftar announced an offensive on Tripoli, prompting the GNA to announce a mobilization for a counteroffensive. GNA Prime Minister Fayez al-Sarraj has ordered the arrest of Haftar and his LNA allies.

The LNA, meanwhile, has accused the GNA of allying itself with terrorists.

Marshal Khalifa Haftar leads the strongest of multiple armed factions that have carved up much of eastern Libya.