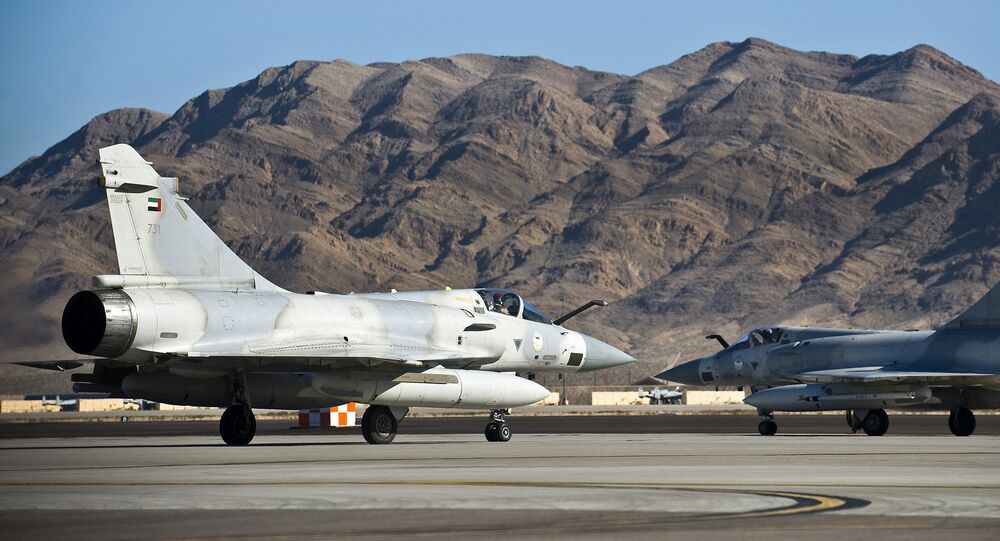 Reporters accuse the French government of concealing information about the deployment of these weapons - including battle tanks, artillery, helicopters, and fighter jets - against the civilian population.

Journalists claim to have uncovered the "massive use" of French-made weapons in war-torn Yemen through a leak of secret military documents.

Radio France and investigative reporters from the NGO Disclose say they have obtained a classified 2018 report about French arms sold to Saudi Arabia and the United Arab Emirates, both of which form part of the Saudi-led coalition fighting Houthi militiamen in Yemen since 2015.

The paper was allegedly compiled last September by France's military agency DRM and handed over to President Emmanuel Macron and other cabinet-level officials. It apparently contains a list of all French weapons deployed in Yemen by the two Arab monarchies.

The journalists went on to claim that some of the French-made weapons are being used in combat operations in Yemen, including in civilian zones. Specifically, two French-made warships — a missile-launching corvette and a warfare frigate — are said to be taking part in the naval blockade of Yemen, as per the report.

The leaked report appears to include a map titled "Population under threat of bombs", which indicates the deployment of 48 CAESAR guns near the Saudi-Yemeni border.

"Put more simply, the guns are used to bombard Yemeni territory to open up a path for the tanks and armoured vehicles invading the country," the journalists argue. The population living within the range of potential artillery fire is estimated at being over 436,000.

According to the report, at least 129 CAESAR howitzers are due to be delivered to Saudi Arabia between by 2023.

French authorities are yet to comment on the matter.

French Minister of Armed Forces Florence Parly said in a radio interview in February that the military had "recently sold no weapons that can be used in the Yemeni conflict".

Last October, she rejected claims that domestically made weapons were targeting civilian population. "To my knowledge, the weapons we have sold recently have not been used against civilians," she told reporters.

The minister also described France's weapons exports to Saudis as "relatively modest", saying they were subject to tight restrictions. "We don't sell weapons like they're baguettes," she added.

Disclose and Radio France note, meanwhile, that the French parliament has been "deliberately kept apart" from this information by the government, which has so far given only "fragmentary answers or even falsehoods".