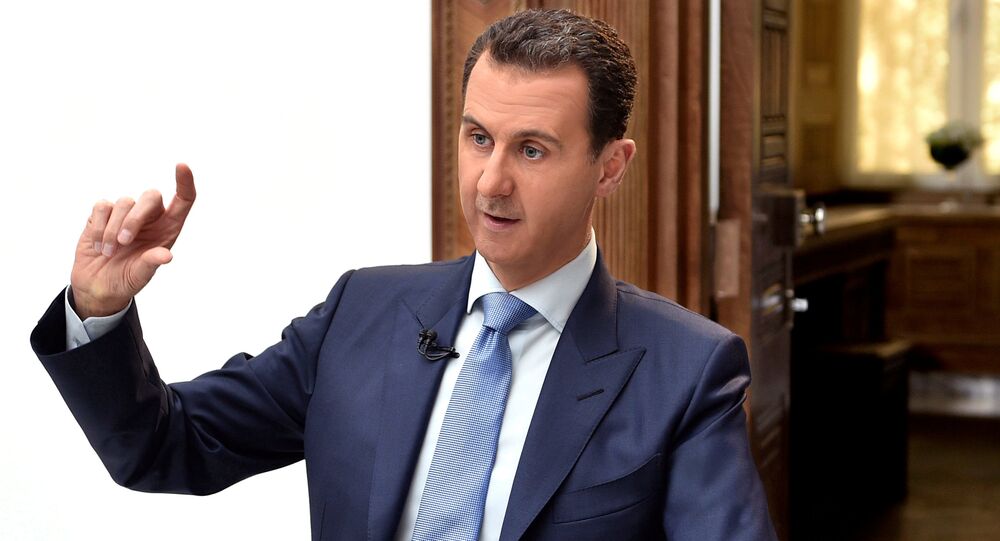 "Events at the regional and international levels require that Syria and Iraq move forward in protecting their sovereignty and independence of their decisions in view of the plans weaved by external enemies on a divide and wreaking havoc", Assad said as quoted in a statement obtained by Sputnik.

According to the Syrian president, it is ultimately up to the people to decide the fate of the region regardless of the complexity of the challenges it is facing.

© AP Photo / Lefteris Pitarakis
Over 3,500 Refugees Return to Syria From Turkey Since Start of 2019 – Reports
Assad also pointed to the importance of strengthening Syria-Iraq relations to complete the fight against terrorism and remove various challenges facing both Damascus and Baghdad, according to the Syrian Foreign Ministry.

Both Syria and Iraq are still recovering from devastating wars against numerous opposition groups and terrorist organisations, including Daesh*. Since Iraq defeated the terrorists on their territory the country's military has re-established control over the border with Syria.

Recently, the countries reportedly announced plans to connect their railway systems. The aim of the project, reports say, is to provide Baghdad and Tehran with access to Syrian ports. The project was started even before the outbreak of the Syrian crisis in 2011.

*Daesh is a terrorist group, banned in Russia

US Commanders Once Again Warn Syria, Iraq at Risk of Daesh Resurgence