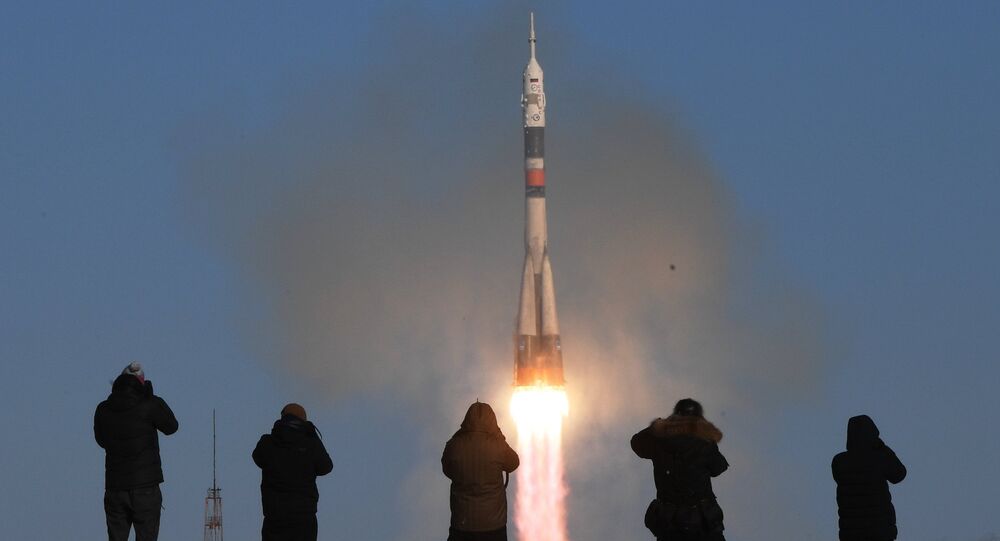 "@MBRSpaceCentre announces that it has selected Hazzaa AlMansoori as the prime astronaut and Sultan AlNeyadi as the backup astronaut for the International Space Station (ISS) mission. The Emirati astronaut Hazzaa AlMansoori will fly for an eight-day space mission to ISS aboard a Soyuz-MS 15 spacecraft on 25 September 2019", the center wrote on Twitter late on Friday.

@MBRSpaceCentre announces that it has selected Hazzaa AlMansoori as the prime astronaut and Sultan AlNeyadi as the backup astronaut for the International Space Station (ISS) mission. pic.twitter.com/Nupvp5pfuR

The flight of the UAE mission to the ISS was initially scheduled for this April. However, it was postponed due to the aborted launch of the Soyuz MS-10 spacecraft last October. Roscosmos and the MBRSC concluded a deal to fly the first UAE astronaut to the ISS last June.

Last September, the two astronauts from the Middle Eastern country began training for their mission.

© NASA
Cosmonauts to Do Tests Aboard ISS to Find Source of Metal Shavings in Punctured Soyuz - Russian Space Chief
Meanwhile, Sergey Krikalev, director of manned spaceflight at Russian State Space Corporation Roscosmos has told Sputnik that the UAE is planning to buy a Soyuz spacecraft and launch services from Russia to send two domestic astronauts to orbit in one mission.

According to Krikalev, if UAE signs a contract with Roscosmos, an additional Soyuz spacecraft will be manufactured, as it cannot be part of the Russian manned program for delivering Russian cosmonauts to the International Space Station.