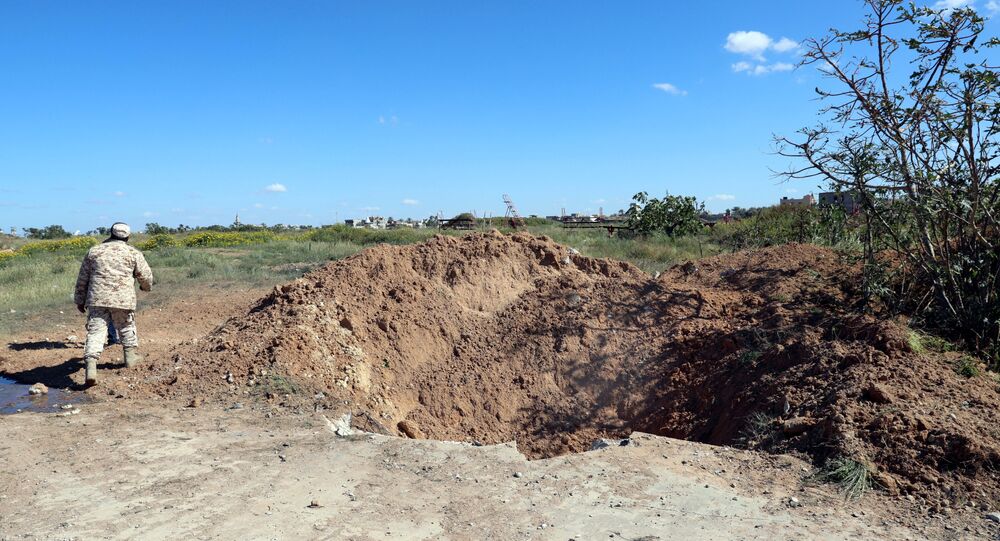 Reports: Haftar's Army Strikes Military Base of National Accord Gov't in Tripoli

MOSCOW (Sputnik) - The aviation of the Libyan National Army (LNA) led by Field Marshal Khalifa Haftar conducted an airstrike against a military base controlled by the Government of National Accord (GNA) in Tripoli, Sky News Arabia reported on Thursday.

According to the outlet, the LNA attacked the military base of Mitiga located in northeastern Tripoli.

On Monday, LNA spokesman Ahmed Mismari confirmed that earlier in the day the LNA had conducted an airstrike against Tripoli's only functioning Mitiga airport, adding that the operation had targeted only two planes and had not been aimed at interrupting the flights of civilian aircraft.

© REUTERS / Esam Omran Al-Fetori
Haftar's Army Downs Military Aircraft En Route From Misrata, Libya - Official
​On April 4, Haftar, backed by the eastern parliament, announced an offensive against Tripoli in a bid to drive what Haftar called terrorist forces out of the city. In response, armed forces loyal to the GNA started a military operation against the LNA.

Libya has been suffering from unrest since 2011, when its long-time leader Muammar Gaddafi was overthrown and killed. Since then the country has been divided between two rival governments, with an elected parliament governing the country's east and the UN- and EU-backed GNA ruling the west from Tripoli.