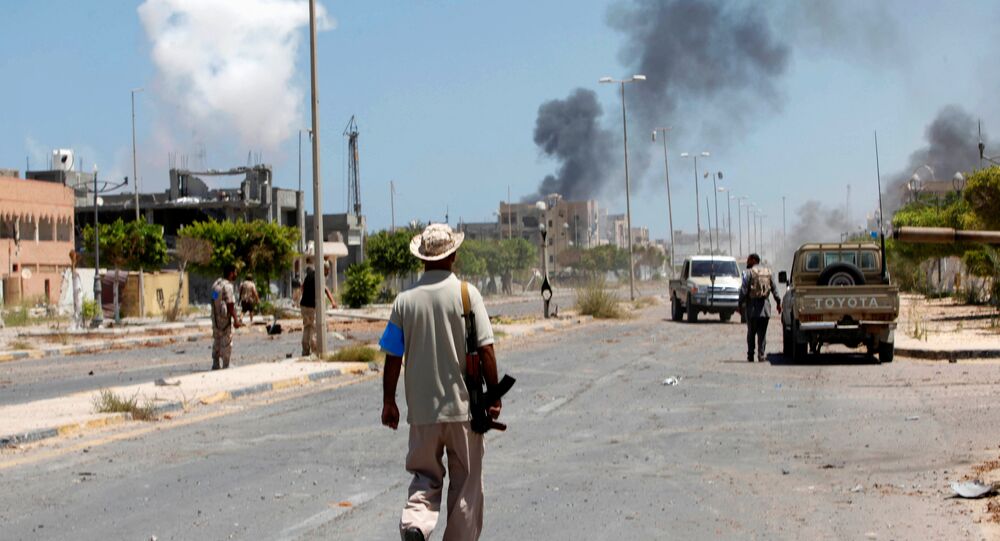 UNITED NATIONS (Sputnik) - Serious political dialogue that should be resumed in Libya cannot be launched until the hostilities completely stop in the country, UN Secretary-General Antonio Guterres said in a briefing.

The situation in Libya escalated last week, when the Libyan National Army (LNA) announced on Thursday an offensive against Tripoli in a bid to oust what trrorist forces from the city. Haftar's forces have reportedly taken control over the nearby cities of Surman and Garyan and have also carried out airstrikes against Tripoli's Mitiga International Airport, claiming that they targeted military aircraft.

© CC BY 2.0 / Bryn Jones / Tripoli Panorama
Haftar Rep Accuses Libya's GNA of Cooperating With Terrorists - Reports
In response, armed forces loyal to the Government of National Accord (GNA) started a military operation against the LNA on Sunday.

Meanwhile, the United Nations have issued an appeal for a temporary humanitarian truce in Libya that would allow the passage of civilians who wish to leave Tripoli and provide the provision of humanitarian assistance

The security and political situation in Libya has been unstable ever since the 2011 revolution, as the country is still divided between two authorities, with the LNA-backed parliament ruling over eastern Libya and the GNA controlling the west of the country.