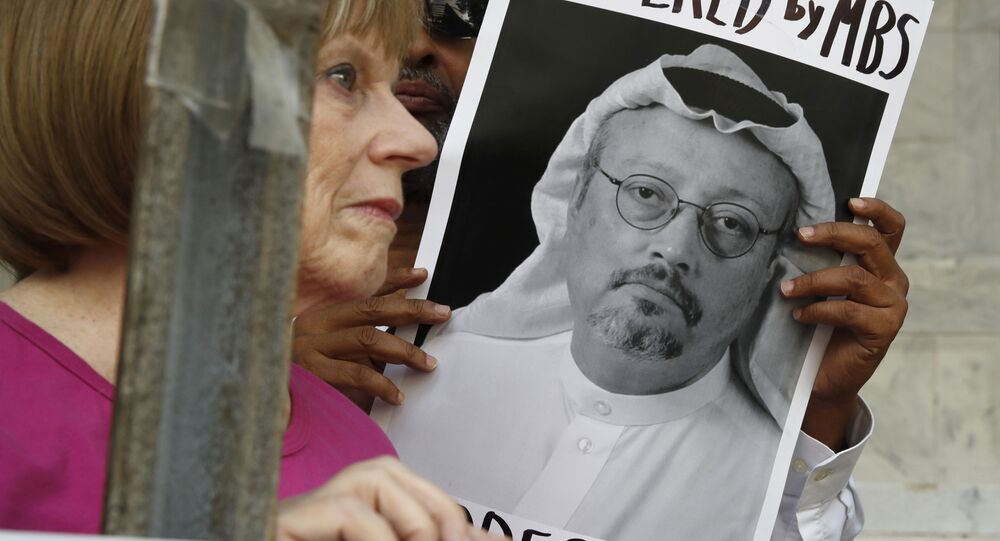 In a statement posted on his Twitter account on Wednesday, Salah Khashoggi, the eldest son of slain journalist Jamal Khashoggi, flat out denied that any “settlement discussion” was underway with the Saudi government.

Earlier this month, The Washington Post, where Jamal Khashoggi was a columnist, reported that a source close to the family revealed the Saudi government had approved large monthly payments to all four Khashoggi siblings, in addition to providing them houses in Jeddah.

In his statement, Khashoggi calls King Salman and Crown Prince Mohammed bin Salman "guardians to all Saudis." The latter is believed by many, reportedly even including the CIA, to have authorized the Saudi journalist's murder.

According to Salah Khashoggi's Twitter profile, he is a banker, and currently based in Jeddah. All the Khashoggi siblings, children from the journalist's first marriage, were educated in the US; two are US citizens.

Salah Khashoggi wrote in his statement that any "acts of kindness and generosity" are a result of the Saudi royal family's "high moral grounds" and therefore, not an "admission of guilt or scandal."

Khashoggi also denied that the family has an official spokesperson, and said no one outside the family can make credible claims about their affairs.

Eleven suspects with ties to Saudi security services have been charged with the murder of Jamal Khashoggi and are currently awaiting trial in Riyadh. If found guilty, at least five defendants could face the death penalty.

Jamal Khashoggi was killed inside the Saudi Consulate in Istanbul in October 2018. He had entered the consulate to collect paperwork related to his upcoming wedding. The Saudi government initially denied any involvement in his death, saying Khashoggi had left the consulate and then disappeared, but weeks later revealed that he'd been killed in a "rogue" operation gone wrong. The Saudi Public Prosecutor's Office later said that the killing was premeditated.