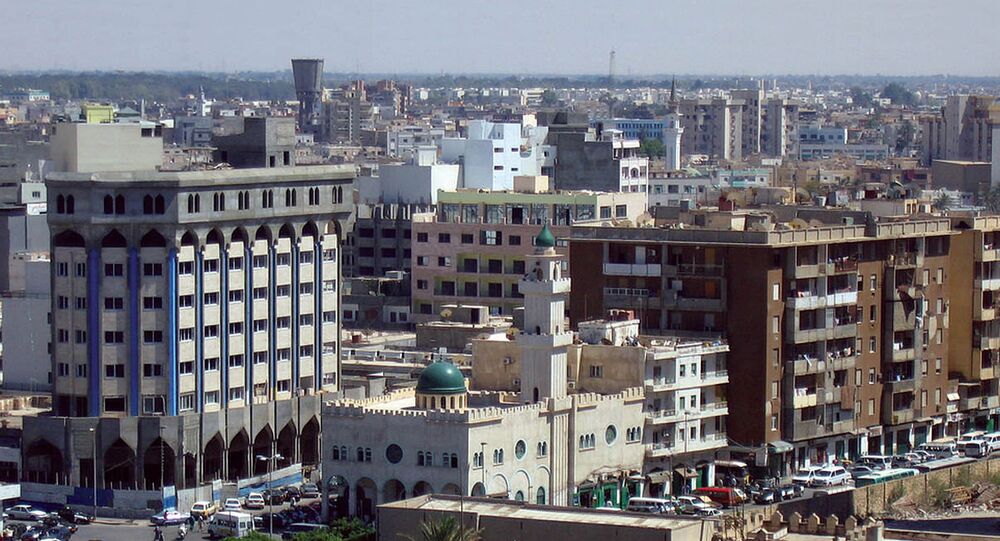 UNITED NATIONS (Sputnik) - UN Secretary-General Antonio Guterres has slammed the recent attack on Mitiga International Airport, the only functional civilian airport in Tripoli, by the Libyan National Army (LNA), adding that there is no military solution to the crisis in the country, his spokesman said.

"The Secretary-General strongly condemns the military escalation and ongoing fighting in and around Tripoli, including the aerial attack today by a Libyan National Army (LNA) aircraft against Mitiga airport. The Secretary-General urges the immediate halt of all military operations in order to de-escalate the situation and prevent an all-out conflict," spokesman Stephane Dujarric said in a statement released late Monday.

Guterres reiterated his previous comments, saying that there could be no military solution to the crisis in the North African country, and called for all parties to the conflict to engage in dialogue to reach a political solution.

© AFP 2021 / LUDOVIC MARIN
French President, Libyan Prime Minister Discuss Tripoli Offensive
The situation in Libya escalated last week after Haftar ordered the LNA to move on Tripoli. His army established control over two towns near the Libyan capital. In response, forces loyal to the GNA launched operation "Volcano of Anger" to defend the city from the LNA fighters. On Sunday, Haftar-led army began the aerial part of the military operation over Tripoli, as a high-ranking official told Sputnik.

Mitiga airport is the only functional in the Libyan capital because Tripoli International Airport has been closed intermittently since 2011 due to heavy damage.

In the meantime, the number of displaced people fleeing from the fighting in Tripoli reached 3,400, UN Office for the Coordination of Humanitarian Affairs (OCHA) spokesman Russell Geekie told Sputnik on Monday.