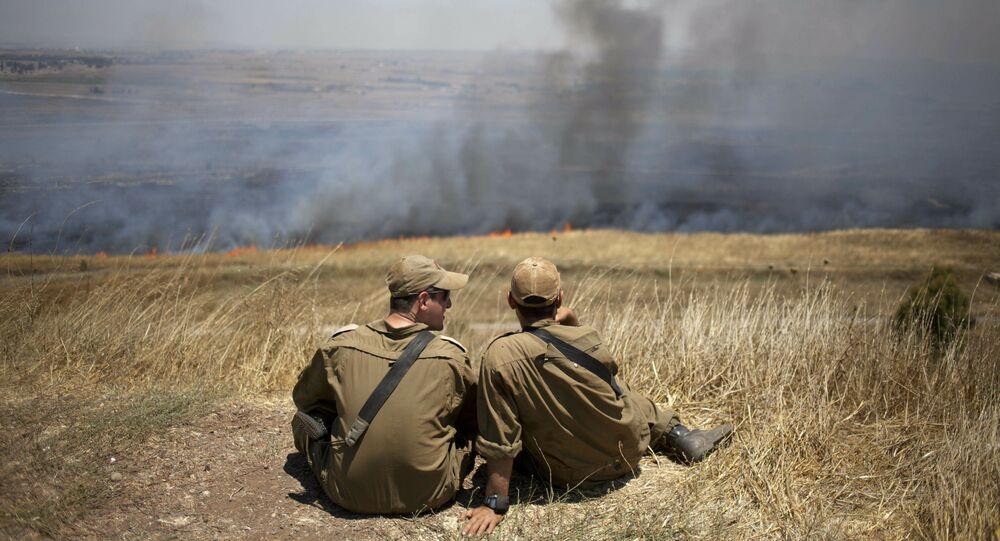 DAMASCUS (Sputnik) - Syria does not rule out a military option to solve the problem of the occupied Golan Heights but prioritises the fight against terrorism, for now, Syrian Foreign Minister Walid Muallem said Thursday.

"When we talked about all the methods, we also meant the military one. We will not rule out the military option," Muallem said at a joint press conference with his Venezuelan counterpart Jorge Arreaza.

He noted that the 1974 agreement on the division of forces was being respected, but Israel systematically violated it.

"We are fighting with terrorists, as it is proved that they cooperate with Israel and the US. Today, our priority is the struggle for the liberation of Syrian territory from this terrorism," Muallem said.

© AFP 2021 / JALAA MAREY
Mogherini Reiterates EU to Not Recognise Israeli Sovereignty Over Golan Heights
On March 25, US President Donald Trump signed an executive order formally recognizing Israel's sovereignty over the Golan Heights. On the same day, the press service of the Syrian Foreign Ministry said that the Syrians had the right to return Golan Heights in any of the available ways, adding that this territory remains "Arab and Syrian."

The Golan Heights has been mostly under Israel's control since the country seized the territory during the 1967 Six Day War with neighboring Arab states. While Israel adopted a law to annex the territory in 1981, the United Nations declared the move void, without any legal effects. In 2018, after Israel organized local elections in the area on October 30, the UN General Assembly adopted a resolution urging Israel to immediately withdraw its forces from the territory.

The Golan Heights: Are They Gone From Syria for Good?