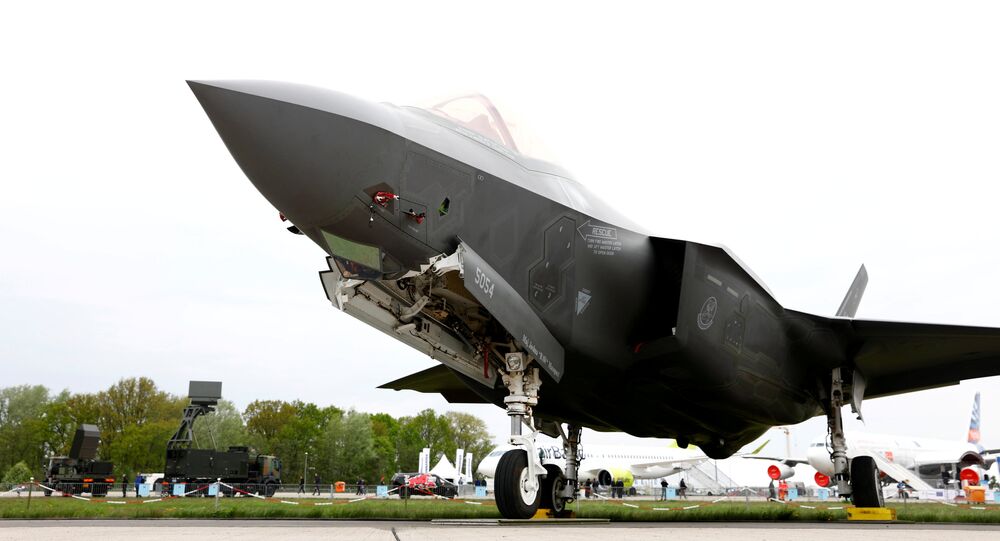 Turkish pilots are continuing flight training on F-35 jets at Luke Air Force Base Defence Department spokesman Mike Andrews told the Anadolu Agency. Andrews added that he is unaware of "any delay in training at Luke" and that no orders to stop have been issued so far.

The move to stop a training programme for Turkish pilots was announced on 2 April by Senate Armed Services Committee Chairman James Inhofe amid reports on 1 April that the US had decided to halt deliveries of F-35 jets and related shipments. A State Department official has told Sputnik that Washington is also considering imposing economic sanctions against Ankara over its decision to buy Russian S-400 air defence systems.

Relations between the US and Turkey have gone into a downward spiral since Turkey inked a deal to buy Russian S-400 air defence systems. Washington is worried that its radars will be able to learn how to spot the modern F-35 stealth jet that was originally scheduled for shipment to Turkey in 2019.

The US, since then, has threatened to freeze the fighter's delivery to Turkey if it doesn't drop the S-400 deal. Ankara, meanwhile, has demanded a timely delivery of the F-35s from the US. Washington offered Ankara to buy Patriot systems instead of S-400s, despite the former lacking functionality to down enemy aircraft as opposed to Russian alternatives. Although the deal on Patriots received a green light from the State Department after years of stalling, Turkey so far has refused the offer and reaffirmed its decision to buy the Russian air defence system.

The situation has been further complicated by the fact that many of the F-35's parts are made in Turkey, some of them — exclusively. In light of the S-400 spat, the Pentagon announced that it would be working to find secondary supply sources for the Turkish-produced parts of the jet.