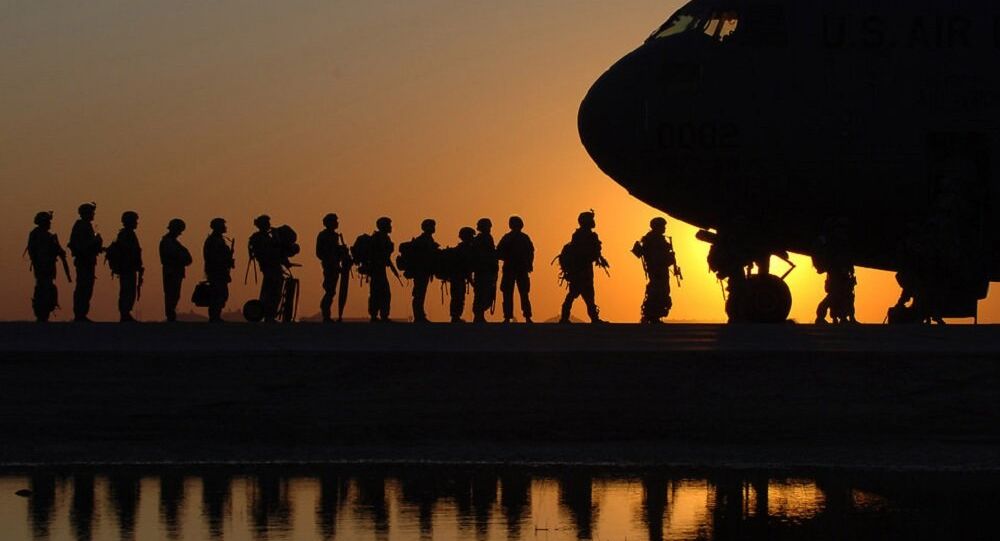 Back in February 2019, US President Donald Trump announced that the US was planning to maintain its presence in Iraq in a bid to monitor the country’s neighbour and one of its key trade partners – Iran.

US Special Representative for Iran, Brian Hook, has levelled criticism at Iran's alleged actions in the Middle East region, specifically blaming Tehran for the deaths of hundreds of American soldiers in Iraq since the start of the invasion in the Middle East state, citing previously classified information.

"In Iraq, I can announce today, based on declassified US military reports, that Iran is responsible for the deaths of at least 608 American service members. This accounts for 17 percent of all deaths of US personnel in Iraq from 2003 to 2011", Hook said.

The US special envoy also claimed that "IRGC's proxies" are responsible for killing many more Iraqi citizens. What is more, Hook alleged that Tehran is attempting to bring Iraq "under Iranian control" and that the most recent visit by Iranian President Hassan Rouhani was part of these efforts. Tehran has not commented on the allegations, claimed by Hook.

Rouhani arrived in Baghdad on an official visit on 12 March to discuss bilateral relations and sign several framework agreements. During the visit the Iranian president called for improvement in the ties between the two states and to overcome prior "trivial details in mutual relations".

The US has been threatening Iraq with sanctions over buying electricity from Iran, but has so far issued temporary waivers for Baghdad. In turn, Iraq's President Barham Salih has announced that his country will not abide by Washington's unilateral sanctions against Iran, which is one of Iraq's biggest trade partners with an annual turnover of about $13 billion.