CAIRO (Sputnik) - Commander of the Libyan National Army Khalifa Haftar, who is backing the Tobruk-based parliament governing the east of Libya, announced on Sunday that the Libyan crisis would be settled within the next two weeks as soon as the new government of national unity is formed.

"Within the next two weeks, Libya will witness the resolution of the current crisis through the formation of the government of national unity" Haftar was quoted as saying by Al Arabiya broadcaster. 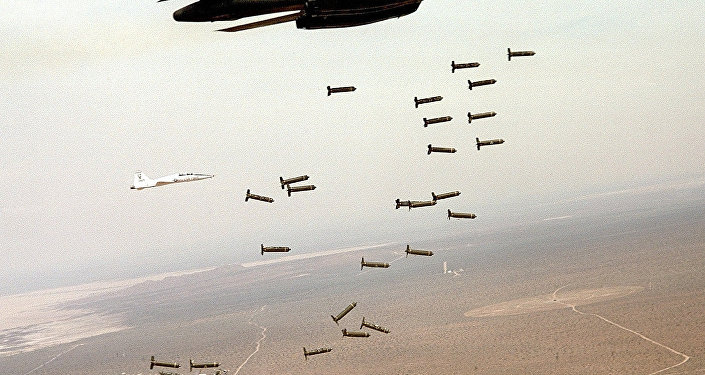 U.S. Air Force photo
US Bombs Al-Qaeda Site in Libya - Report
In late February, Haftar and Libyan Prime Minister Fayez Sarraj, who is heading the UN-supported Government of National Accord, which controls the west of the country, agreed to unite Libya's state institutions and hold elections until the end of the year.

The United Nations attempted to organise nation-wide presidential and parliamentary elections in Libya last December, however, the vote was later postponed until the spring of 2019.

Libya has been plagued by chaos, instability and Islamic fundamentalist terror groups since longtime leader Muammar Gaddafi was ousted and murdered in 2011 by rebel forces backed by the United Kingdom, France and the United States.