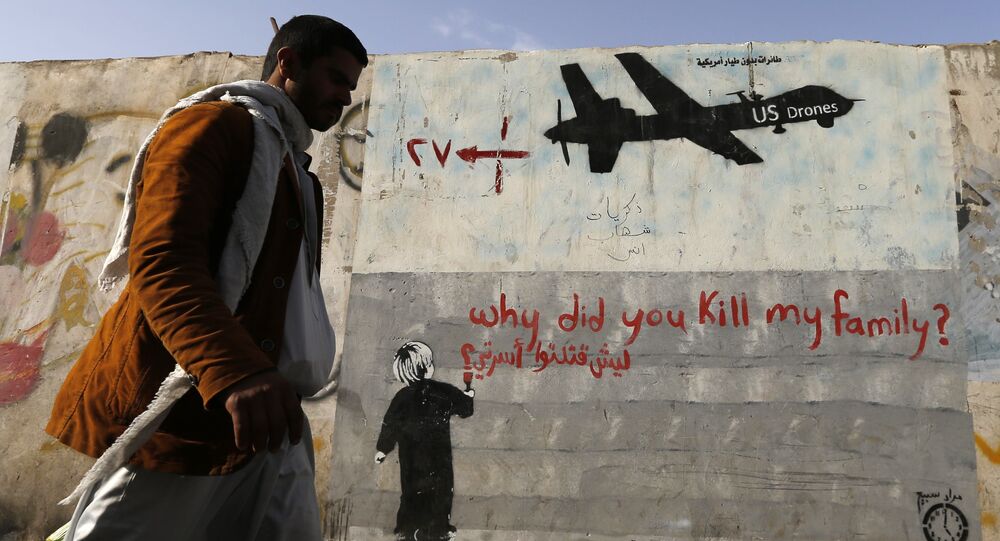 A US State Department spokesperson Robert Palladino called on Thursday the bombing earlier this week of a Save the Children hospital in Yemen "awful" and urged the Saudi-led coalition fighting in Yemen to conduct an investigation, Reuters reported.

"I saw those reports, they're awful. The United States takes them seriously and we're seeking more information […] We understand that the Saudi-led coalition has referred the results of this targeting operation to the joint incidents assessment team for their review and their investigation", Palladino told a media briefing as quoted by Reuters.

Yemen has been engulfed in an armed conflict between government forces led by President Abdrabuh Mansour Hadi and the rebel Houthi movement for several years. A Saudi-led coalition has been carrying out airstrikes against the Houthis at Hadi's request since March 2015.

The conflict has resulted in a massive humanitarian crisis in the war-torn country.

© REUTERS / Faisal Al Nasser
Five British Commandos Injured in Secret Operations in Northern Yemen – Reports
In December, during UN-led consultations in Sweden, the warring parties agreed to a ceasefire in the port city of Al Hudaydah, an exchange of prisoners and establishment of humanitarian corridors in the area.

US Secretary of State Michael Pompeo and Saudi Deputy Defense Minister Khalid bin Salman during a meeting in Washington on Thursday agreed the warring parties in Yemen must implement peace agreements reached in Sweden.

© AFP 2021 / STRINGER
Trump Administration Opposes Senate Resolution to End US Role in Yemen War
The US Senate passed a resolution in mid-March to end US support for the Saudi-led coalition in the war in Yemen with a 54-46 vote. However, the Trump administration has previously stated that it opposes the Senate's resolution, which was earlier passed by the House of Representatives, with the president’s advisers recommending the measure be vetoed.

Saudi coalition forces armed with US-made missiles and other weapons have reportedly killed over 12,000 civilians in the Middle East's poorest nation during their campaign, even as starvation and disease — particularly cholera — have caused hundreds of thousands to become refugees in their own country.

READ MORE: Saudi Coalition Will Strike Anything to ‘Win The War’ in Yemen, Even Civilians