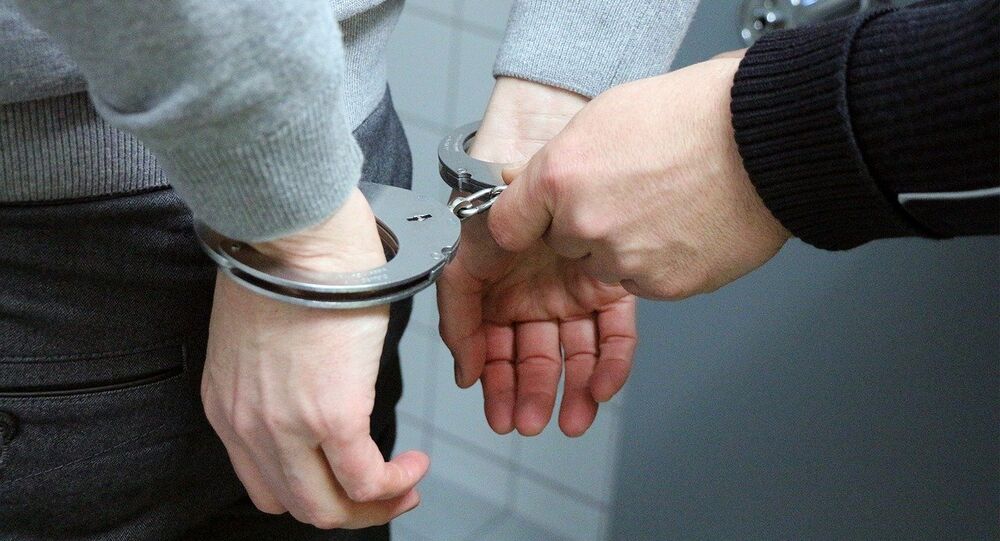 ANKARA (Sputnik) - An Istanbul court ruled on Thursday that Metin Topuz, an employee at the US Consulate General in Istanbul, who is allegedly linked to the movement of exiled Turkish cleric Fethullah Gulen, shall remain in custody, Anadolu agency reported.

Topuz was arrested back in October 2017 over his alleged ties to Zekeriya Oz, a key figure in the movement of Islamist cleric Fethullah Gulen whom Ankara blames for a failed coup attempt that took place in summer 2016. His arrest sparked a diplomatic rift between the United States and Turkey which briefly suspended visa services with each other.

Topuz, a 59-year-old Turkish citizen, denies the accusations and insists that he has no links with Gulen movement. During Thursday's hearing, Topuz' attorney Selman Alibas demanded his client to be released.

The next hearing is expected to take place on 15 May. If proven guilty, Topuz may face a life sentence.

READ MORE: Ankara Slams US Report on 'Political Prisoners' in Turkey as Biased

Ankara designates FETO, an organization run by followers of Islamic cleric Fethullah Gulen, as a terrorist group. It accuses the group of masterminding the 2016 coup attempt against the government and President Recep Tayyip Erdogan. In the aftermath of the short-lived rebellion, the government announced a state of emergency as a necessary measure to counteract terrorists. Since then over 77,000 people have been arrested and more than 130,000 public workers have been dismissed or suspended.

Gulen, who has been living in the United States for 20 years now, has vehemently denied all accusations against him.