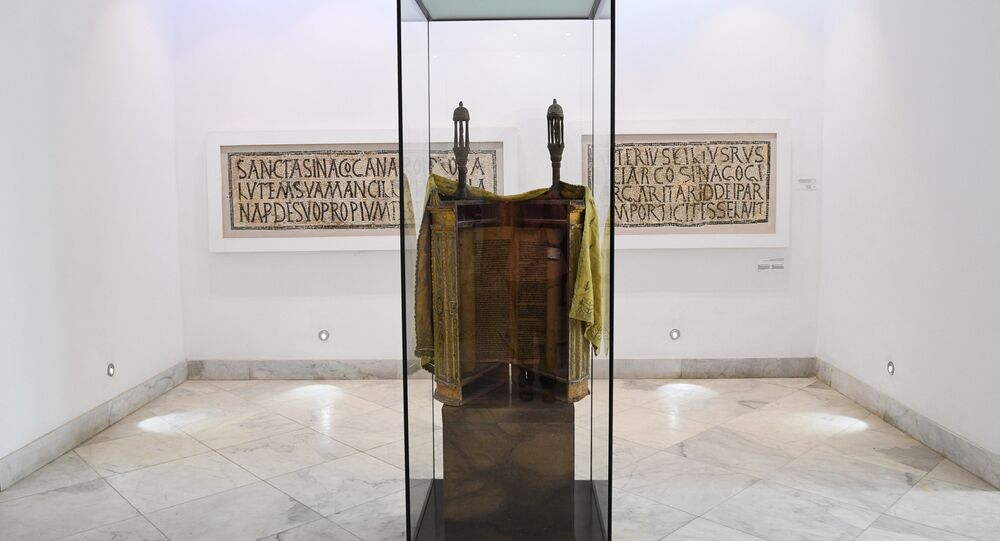 The Iranian foreign minister issued a measured response to the US secretary of state, who claimed this week that it was "possible" that Donald Trump had been divinely sent to Earth by God in order to save Israel from the "Iranian menace."

Iranian Foreign Minister Javad Zarif has encouraged Mike Pompeo to get better acquainted with the Torah, the Jewish holy text, and educate himself with Jewish religious scholars' writings about the Ancient Persians, the predecessors of modern-day Iran.

"Even the Torah is distorted to serve Iranophobia," Zarif wrote on his official Twitter page, before proceeding to list some of the things the scripture actually said, including multiple references to Persian efforts to save Jews from captivity and genocide, and reference to Persian ruler Cyrus the Great's capture of the city of Babylon in 539 B.C. which allowed exiled Jews to return to their homeland and resulting in the king being bestowed the title of 'Messiah' – becoming the only foreigner to be so hailed in Jewish scripture.

Even the Torah is distorted to serve Iranophobia. What it actually says:

The tweet followed remarks by Secretary Pompeo last week, when, speaking to the Christian Broadcasting Network during his trip to Israel, the US diplomat said his faith made him believe it was "possible" that President Trump had been chosen by God to help save the Jewish people from what his interviewer described as "an Iranian menace."

© AFP 2021 / Jalaa Marey
Pompeo Claims Trump Sent by God to Save Israel, Turkey Scolds US for Golan Hts.
"As a Christian, I certainly believe that's possible," Pompeo said, adding that he was "confident that the Lord is at work here."

Pompeo travelled to Jerusalem last week, visiting the city's holy sites and holding a press conference with Prime Minister Benjamin Netanyahu, who praised Washington over Trump's recent statement about it being time for the US to "fully recognise Israel's sovereignty over the Golan Heights," a Syrian territory occupied by Tel Aviv since the 1967 Arab-Israeli War.

Tehran earlier expressed its dismay over Trump's statement about the necessity to recognise Israel's sovereignty over the Golan Heights, with Zarif tweeting that Iran and other members of the Organisation of Islamic Cooperation (IOC) were "shocked" by President Trump's move "to try to give what is not his to racist Israel."