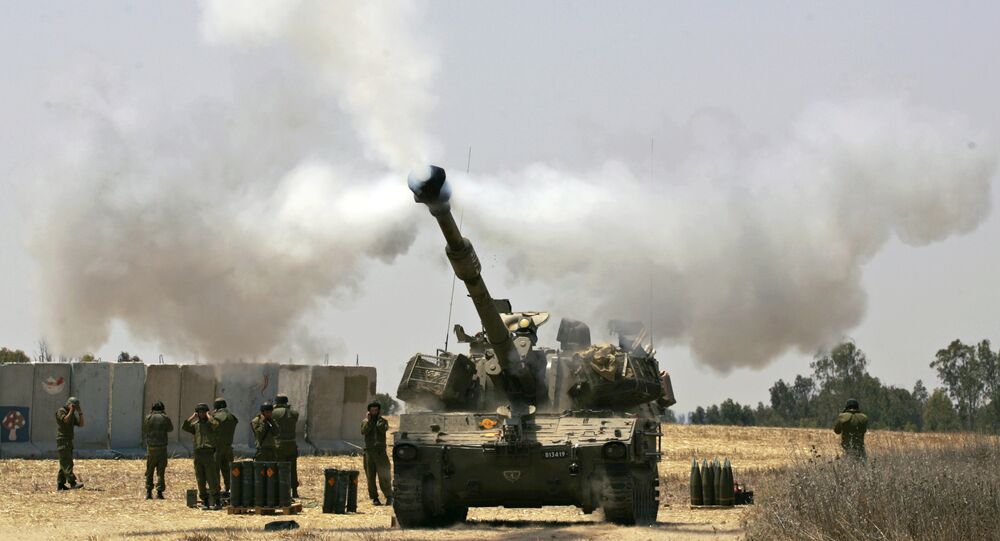 TEL AVIV (Sputnik) - An Israeli tank attacked a Hamas military post in response to violent rioting on the Gaza Strip border, the press service of the Israel Defence Forces (IDF) said on Thursday.

The IDF called the latest protests "particularly violent" and accused the Palestinians of launching balloons laden with explosives across the border.

"An IDF tank attacked the Hamas military post in the south of the Gaza Strip in response to particularly violent riots along the security fence… as well as explosive and arson balloons that were fired during the day," the press service said.

© CC BY 2.0 / Israel Defense Forces / Brother's Keeper Operation in Judea & Samaria
Israel’s New Right Party Vows to Defeat Hamas, Untie IDF Hands – Report
There are no reports of the balloons having resulted in any Israeli casualties so far.

Tensions between the Israelis and the Palestinians near the Gaza border have been mounting since March 2018, which marked the beginning of the Great March of Return.  Moreover, in fall, the situation on the Gaza border escalated due to continued shelling and launches of arson balloons from Gaza into Israeli territory.

The Israeli authorities have been blaming Hamas for Gaza residents’ aggressive actions toward Israel. Last year, the US decision to move the American embassy from Tel Aviv to Jerusalem and recognition of Jerusalem as Israel's capital further incited protesters demonstrating to honour the 700,000 Palestinians who fled or were forced to leave their homes in 1948 amid the creation of the State of Israel.

These protests were met with deadly force; an independent Commission of Inquiry, set up by the UN’s human rights council last year, said Israel killed 189 people and shot more than 6,100 others with live ammunition near the Gaza fence, according to The Guardian.