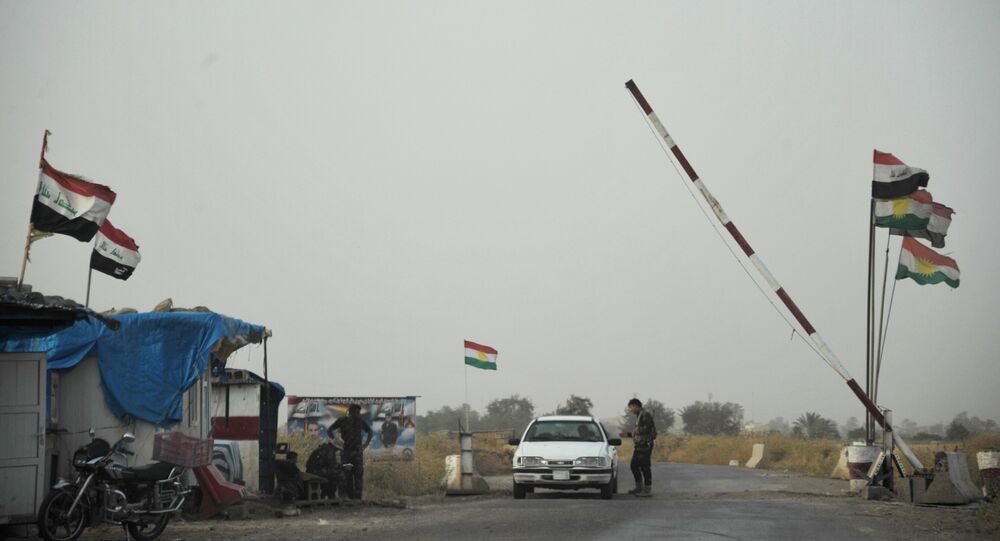 "After new Iraqi Prime Minister [Adel Abdul Mahdi] was elected [in October 2018], relations between Baghdad and Erbil changed a lot. [Kurdistan Regional Government's Prime Minister Nechirvan] Barzani's trip to Baghdad changed everything after their frank talks. Iraq now allocates a budget to Kurdistan; wages are being paid regularly to officials. This has resuscitated Kurdistan's economy. The agreement between Baghdad and Erbil works well", Babakr said.

© REUTERS / Rodi Said
Kurdish-led SDF Continue Offensive Against Daesh in Syria's Baghouz (VIDEO)
Erbil and Baghdad are now in the process of negotiating the terms pertaining to Iraqi Kurdistan's participation in Iraq's new government, which it is rebuilding itself after years of military conflict with the Daesh* terrorist group.

These developments come after bilateral relations significantly deteriorated in 2017, when the region held a referendum in a bid to secede from Iraq. Baghdad declared the referendum illegitimate and launched a military operation in the region, notably capturing the capital of the oil-rich northern province of Kirkuk.

Babakr also addressed the plans to increase oil production at the Kirkuk oil field up to 600,000 barrels per day (bpd).

The official expressed hope that Iraq would receive waivers from the OPEC-non-OPEC deal in order to boost its oil production.

"Iraq is OPEC's member and tries to comply with the agreement. But we see that Iran decreases production. Who will take its place? Probably Iraq will be given the opportunity because the country still has to recover its economy, destroyed cities. That's the way I see it", Babakr added.

© AFP 2021 / Ryad Kramdi
'Supply Crisis Is Looming On Horizon' If OPEC+ Makes More Cuts - Energy Expert
Last December, the signatories to the oil output cut deal, which has been in force since 2017, agreed to reduce overall production by 1.2 million bpd for six months starting from 2019. OPEC member states pledged to cut their production by 800,000 bpd, while non-OPEC countries agreed to reduce the output by 400,000 bpd.

Oil exports from the Kirkuk oil field were disrupted after the Iraqi military carried out an operation in the area and took control of Kirkuk in the fall of 2017 in response to Iraqi Kurdistan's independence referendum.