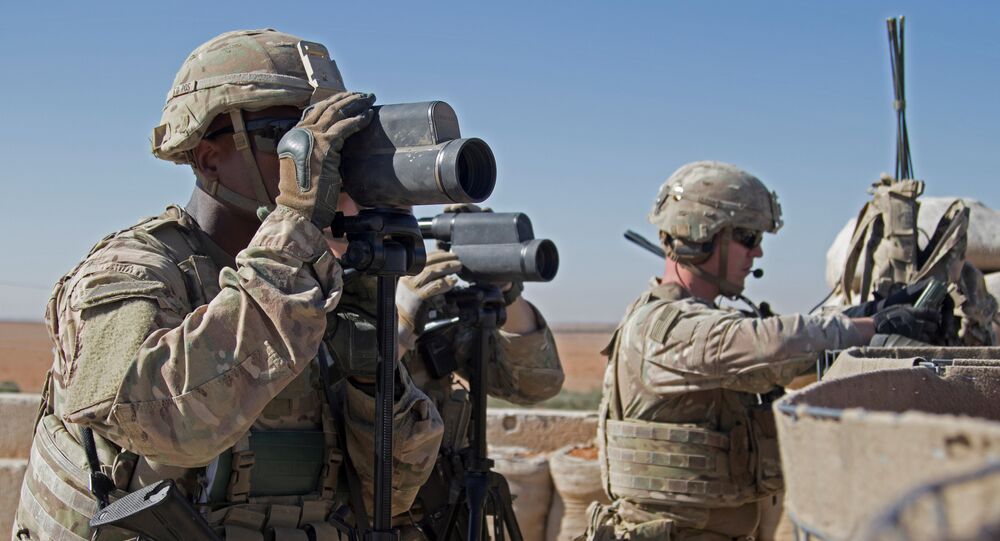 DAMASCUS (Sputnik) - The Syrian Foreign Ministry responded to the statement issued by the US-led coalition partners that refused to take part in the reconstruction of Syria noting that these states are not invited to contribute to the reconstruction after those war crimes committed against the Syrian people.

"These countries that killed and destroyed have never been interested in the reconstruction [of Syria] and they are not invited to contribute to the reconstruction. These states should only pay compensations for the killing and destruction committed as a result of their heinous crimes and stop their blatant interference in internal affairs", the statement obtained by Sputnik read.

The ministry noted that counterterrorism methods of the US-led coalition constitute war crimes and violations of the international law.

The United States, France, Germany and the United Kingdom said in a joint statement on Friday that they will not consider providing reconstruction assistance to Syria until a credible political process is underway in the country.

The Syrian Foreign Ministry called this statement a historic evidence of "lie, hypocrisy, deception and falsification".

© AFP 2021 / RAMI AL-SAYED
Moscow Has Info About Nusra Terrorists, White Helmets Plotting False Flag Chem Attacks Across Syria
As the armed conflict in Syria seems to be nearing its end and Damascus has regained control over the vast territories that were previously controlled by terrorist groups and rebels, Syria has already launched the reconstruction process and started welcoming back refugees.

The US-led international coalition of more than 70 members has been engaged in counterterrorism operations in Syria since 2014 without the permission of Syrian authorities or the UN Security Council. The United States has, in particular, supported the Kurdish-led militia controlling the territories to the east of the Euphrates River.

READ MORE: Journo on White Helmets Resettlement to UK: They're Not Even British Citizens

US President Donald Trump announced last December that the US troops would leave Syria. However, no exact deadline for the withdrawal of US soldiers has been unveiled yet.