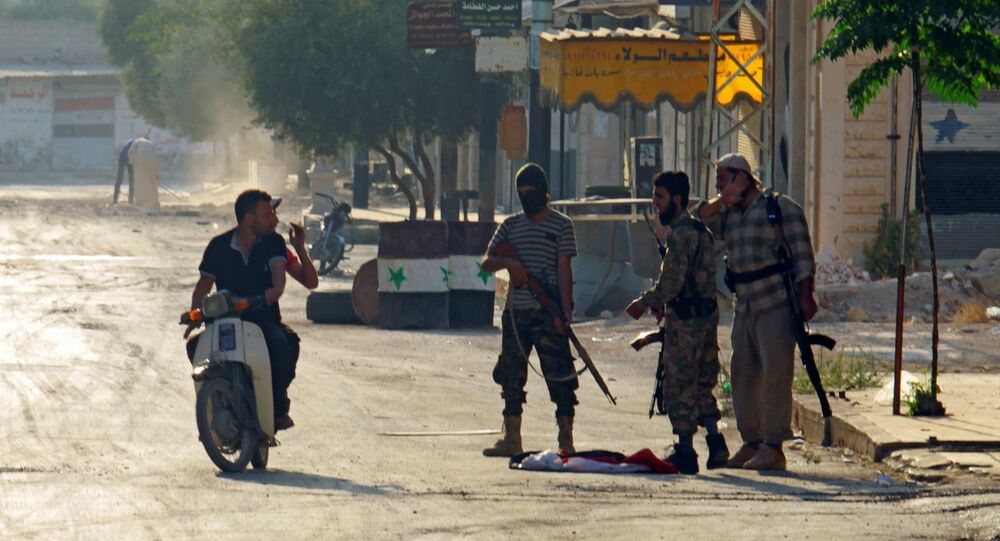 MOSCOW (Sputnik) - Turkey has opened a new checkpoint on its border with Syria in the southern Hatay province, Anadolu reported on Friday.

"The gate [checkpoint] has strategic importance in terms of easy transportation of humanitarian aid to the demilitarized regions [of Syria], especially to Afrin," Rahmi Dogan, a provincial official, said as quoted by the Turkish news agency Anadolu.

Dogan also highlighted the importance of the checkpoint for the promotion of trade in the region.

According to the report, two aid trucks to Syria passed through the newly-opened border-crossing on Friday.

© AP Photo / Turkish Defence Ministry
Erdogan: Only Turkey Could Control Future Buffer Zone in Northern Syria
The checkpoint is named "Olive Branch" after Turkey's military operation by the same name launched in 2018 to free the Afrin district in Syria's northern Aleppo province from terrorists. Although Turkey triumphantly announced on 20 March that it had cleared all terrorists from the area, Damascus condemned Turkey's military operation saying it violated Syrian sovereignty.

Turkey, alongside Russia and Iran, is a guarantor of the ceasefire in Syria, following a years-long armed conflict. Ankara has also been assisting in providing humanitarian aid to the millions of displaced Syrians returning to their home country.