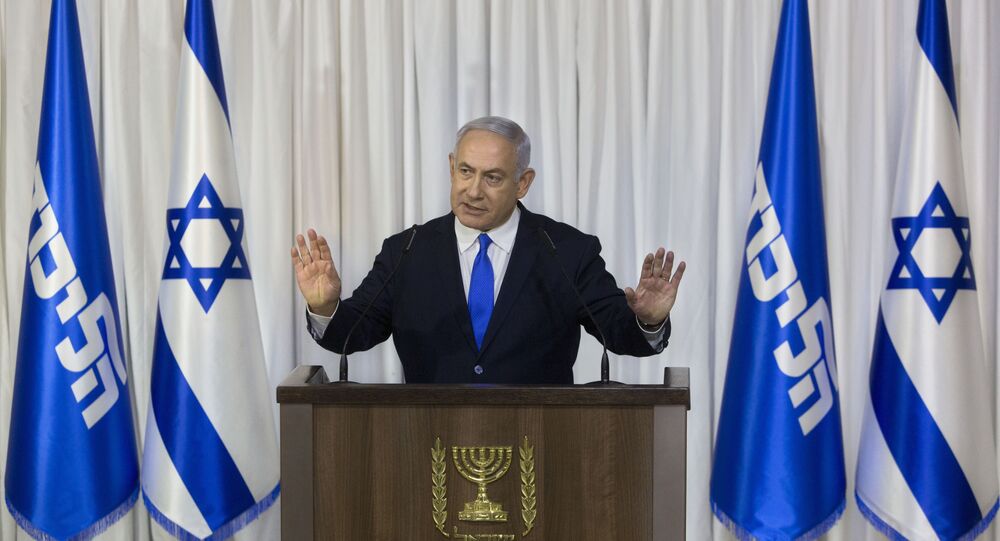 Although most of the region’s countries do not have open diplomatic ties with the Jewish state and some even deny its right to exist, rumours persist that Tel Aviv still secretly holds talks with these countries' governments.

Speaking at a memorial ceremony for former Israeli Prime Minister Levi Eshkol, Benjamin Netanyahu revealed that Tel Aviv has developed ties with 6 states in the region despite their animosity towards Israel over the past decades.

"We are doing this with large parts of the Arab and Muslim world through an accelerated process of normalisation […] These days Israel is making contact with half a dozen important Arab and Muslim nations, which were, until recently, hostile to Israel", he said.

The Israeli prime minister further stated that neighbouring states will only achieve peace with Israel after it convinces them "that our power and presence here are certain facts". However, he admitted that not all countries will go along with this.

"We are advancing that process of recognition and agreement with the rest of our neighbours, not all of them, but with most of them", Netanyahu said.

His statements come amid a recent scandal involving the prime minister refusing to call Israel "a country for all its citizens", noting that under the law it is a Jewish nation-state. Despite the fact, that Netanyahu noted that his government has "no problem with the Arab citizens of Israel" and has done more for Arab population than any other, the prime minister faced accusations of racism and making Arabs "second-class citizens".

The much criticised by both public figures and Israeli population nation-state law, passed in 2018, grants only Jewish people the right to self-determination and declares Hebrew as the only official language of Israel, stripping Arabic of the same status.

Apart from Egypt and Jordan, most Arab and Muslim states in the region do not recognise Israel and deny it the right to exist. However, various media reports suggest Tel Aviv is holding non-official talks with many of these states. Israeli Prime Minister Benjamin Netanyahu also previously revealed that Israel had had "contacts" with Saudi Arabia, which he said "have been kept in general secret".

Israel's strained ties with neighbours in the region are tightly connected with the Israeli-Palestinian conflict, which until the present lacks resolution. However, this fact didn't stop some of the states from signing peace treaties with Tel Aviv and opening mutual diplomatic missions.