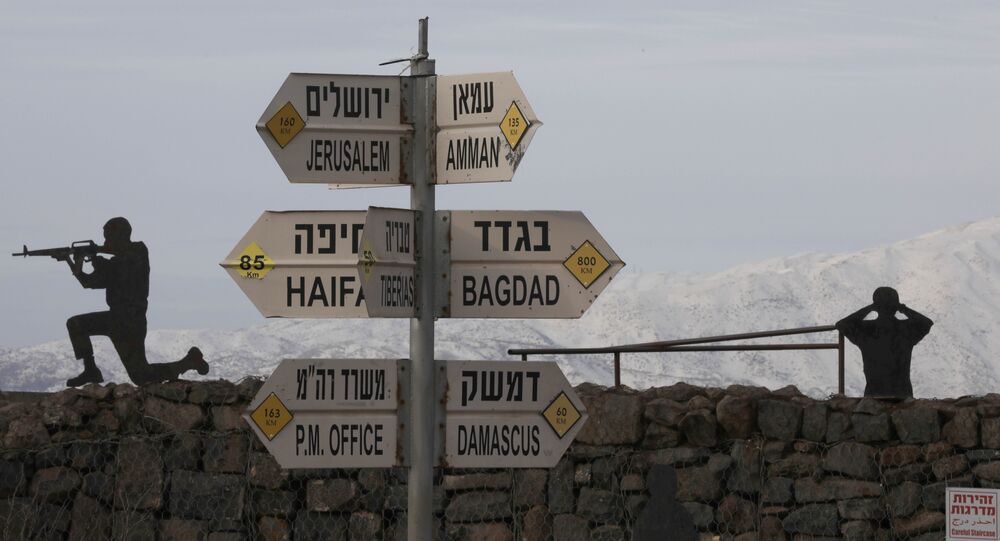 US Senator Lindsey Graham told Israeli Prime Minister Benjamin Netanyahu Monday that he will push the United States to formally recognise the Golan Heights, seized by Israel from Syria during the 1967 Six-Day War, as part of Israel.

The Syrian government has lashed out at Senator Lindsey Graham, who said that the Golan Heights should remain Israel’s territory while taking a tour of the disputed region with Israeli Prime Minister Benjamin Netanyahu and US Ambassador to Israel David Friedman on Monday.

“These statements [by Senator Lindsay Graham] show the arrogant mentality of the US administration, and that it views regional issues with Zionist eyes in a way which serves Israeli interests”, SANA quoted an unnamed official in the Syrian Foreign Ministry as saying.

The official went on to say that Graham’s remarks showed his ignorance of history and geography, as well as demonstrated Washington’s disregard for international law.

“All United Nations resolutions – particularly Security Council Resolution 497, adopted unanimously on 17 December 1981, affirm the legal status of the Syrian Golan as occupied territory, and declares Israel’s annexation of it as null and void”, the insider added.

With my good friend, Senator @LindseyGrahamSC, today in the Golan Heights. The Golan Heights will always be part of Israel. It is important that the international community, especially our great friend the United States, recognizes this fact and accepts it. pic.twitter.com/joXEB9URX7

In December 2018, the UN General Assembly adopted a resolution declaring Israel’s decision to extend its legislation on the Golan Heights as null and void, and urging the Jewish state to withdraw from the territory.

© REUTERS / Amir Cohen
Lindsey Graham to Push US to Recognize Golan Heights as Israeli Territory
Prior to the vote, US Ambassador to the UN Nikki Haley said that Washington was planning to reject the document, citing its “anti-Israel bias”.

Israel seized the Golan Heights from neighbouring Syria following the 1967 Six-Day War, but it was in 1981 when Tel Aviv formally passed legislation annexing the area. The law, however, failed to receive international support: the decision was slammed by the United Nations as illegal, the United States refused to recognise it as well.

Responding to the condemnation, Netanyahu has on a multitude of occasions stressed that Tel Aviv would not retreat to the 1967 lines because they were “indefensible”, and that the Golan Heights would “remain in the hands of Israel forever”.