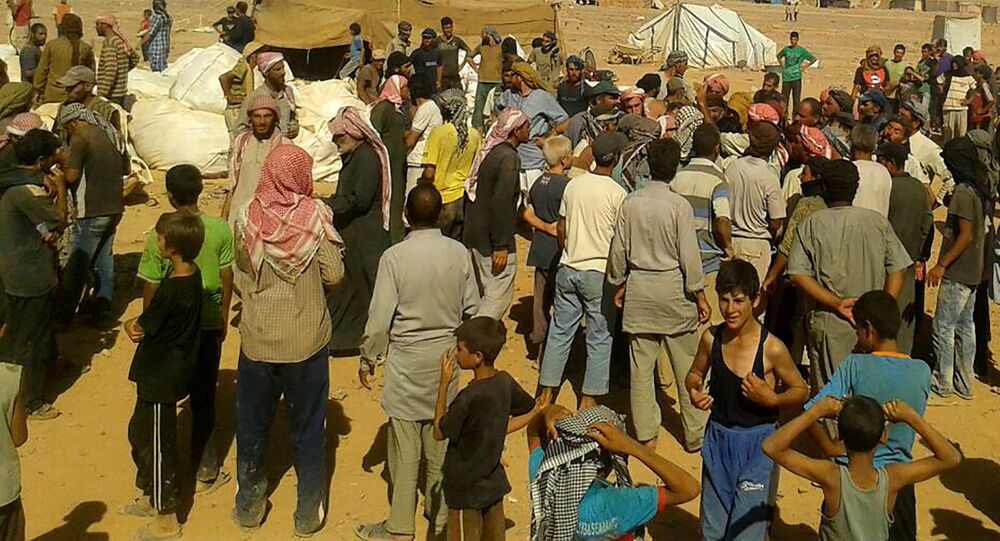 MOSCOW (Sputnik) - The heads of the joint Russia-Syria coordination centre on refugee repatriation has accused US authorities of treating refugees at the Rukban camp, located on the Syrian-Jordanian border, like animals in line with their "colonial mentality".

The centre slammed Washington in a statement for not caring about the dire humanitarian situation in the camp and instead accusing Russia and Syria, which are trying to draw international attention to the fact that the United States is forcefully holding people in the camp, of "propaganda".

"In order to leave the camp, you must pay $300, which is simply impossible for any camp resident [to pay]… Many facts are confirmed by satellite imagery, which clearly demonstrates security barriers around the Rukban perimeter, a massive wall and a specially equipped checkpoint. These facilities look more like a 'pen' designed to prevent the residents of the camp from leaving its territory… This is perfectly in the spirit of the Americans' colonial mentality", the committees said in a statement.

© AP Photo
Russia, Syria Point Out Contradictory US Stance on Refugees From Rukban Camp
The heads of coordination centre also suggested that the most vulnerable refugees in Rukban — women, children, elderly and sick people — should be immediately evacuated from the camp as a gesture of goodwill.

The camp, which is situated in the US-controlled zone surrounding its military base in Al-Tanf, is believed to host around 40,000 refugees, who reside in unsanitary conditions and face spreading diseases and acute fresh water shortages, along with violence.