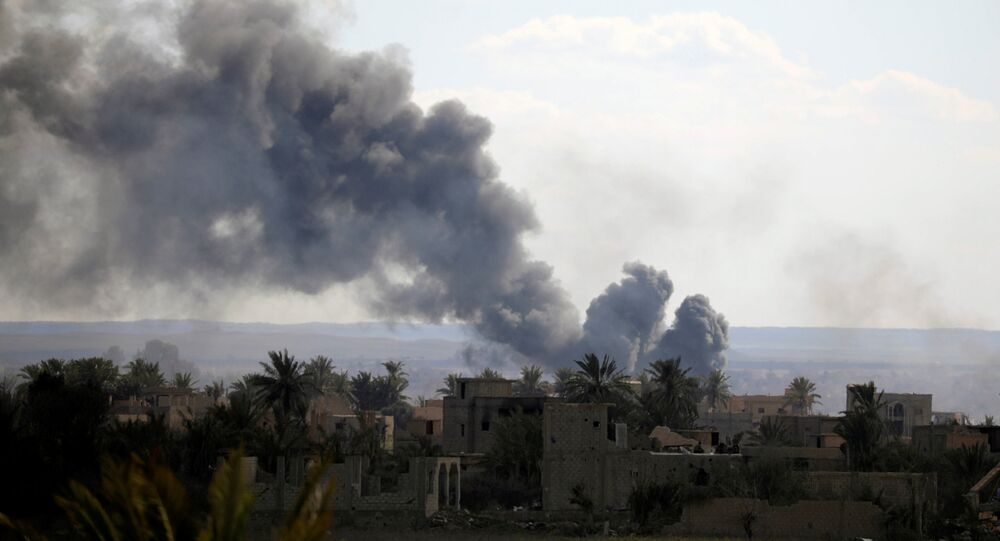 Earlier in February, Syrian media reported that air strikes by the US-led international coalition on a refugee camp in the Syrian village of Baghouz in the country's southeast had killed or injured at least 80 civilians in two days.

The US-led international coalition has conducted airstrikes on a camp next to the Syrian village of Baghouz, Deir-ez-Zor province, killing about 50 people, according to the state news agency SANA.

The strike comes after the Syrian Foreign Ministry reportedly blamed the United States and the US-led coalition of crimes against humanity in connection with massive air strikes on the Syrian village of Baghouz in February that killed dozens of civilians.

© Sputnik / Mikhail Alayeddin
Daesh Attacks Syrian Army Positions After Int'l Coalition Raid in Deir ez-Zor – Report
The US-led coalition has recently stepped up its airstrikes in the Syrian town, which is one of the last pockets of territory held by the terrorists.

Syria and Iraq have become a foothold for the US-led coalition of more than 70 countries to conduct military operations against Daesh*. The coalition's operations in Syria have not been authorised by the government of President Bashar al-Assad or the UN Security Council.