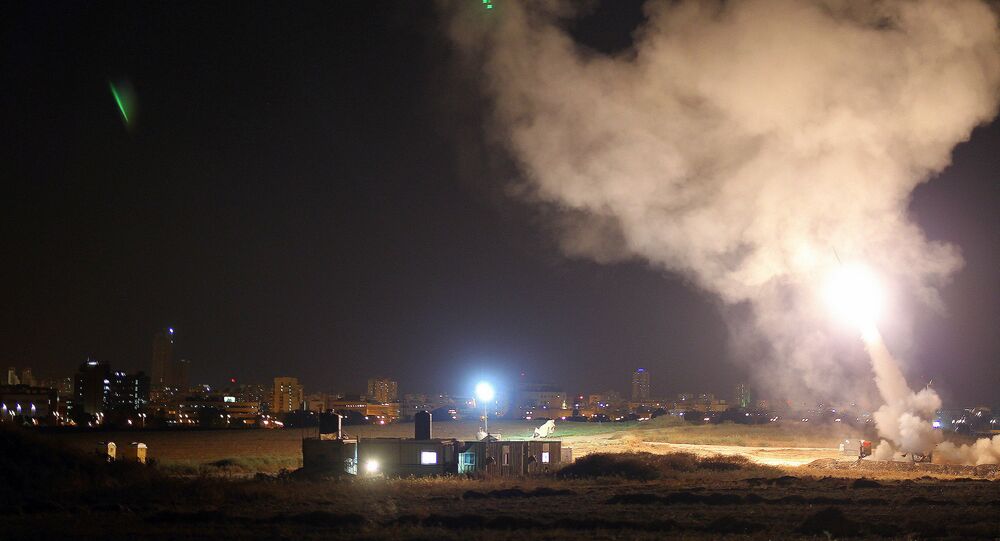 Just a day before, the Israel Defence Forces stated a tank struck a Hamas outpost in the Gaza Strip in response to shelling against Israel from the territory of the enclave.

Air attack sirens went off in the southern region of Israel bordering the Gaza Strip on Friday evening, a day after a registered rocket attack from Gaza.

"One launch has been detected from the Gaza Strip in the direction of Israel," the Israeli Defense Forces (IDF) said in a statement on Friday.

There have been no immediate reports of casualties or damage.

Earlier tonight, thousands of Israeli families heard the sounds of air raid sirens and ran to bomb shelters when a rocket was fired from Gaza at Israel.

© AP Photo / Tsafrir Abayov
Israeli Military Says Used Missile Defences After Rocket Launch From Gaza
Tensions between the Israelis and the Palestinians near the Gaza border have been mounting since last March, which marked the beginning of the Great March of Return. Moreover, in fall, the situation on the Gaza border escalated due to continued shelling and launches of arson balloons from Gaza into the Israeli territory. Over 220 Palestinians, including children and media workers, have been killed by Israeli troops since then.

The Israeli authorities have been blaming Hamas for Gaza residents’ aggressive actions toward Israel.