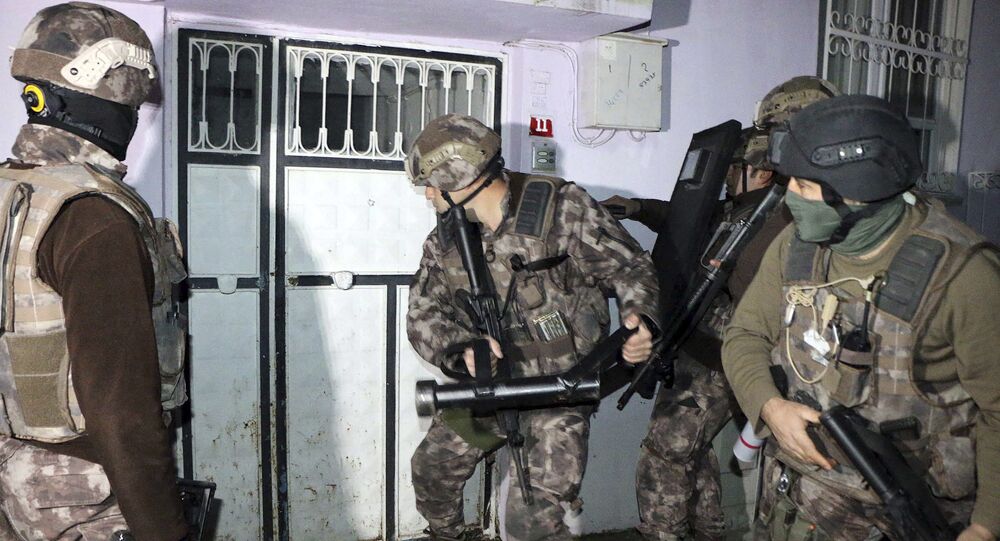 The GGC carried out a total of 97,361 counter-terrorism operations in 2018 and seized 827 infantry rifles, 45 machine guns, 74 rocket launchers, 14 anti-aircraft weapons and 22.4 tonnes of explosives, the report added.

© AFP 2021 / MUSTAFA OZER
Turkish Forces Claim 7 Terrorists Neutralised in Northern Iraq - Reports
The report also said that 112 officers and 18 civilians had been killed in the 223 terrorist attacks that took place in the areas under the gendarmerie's jurisdiction last year.

The GGC is a branch of the Turkish Armed Forces responsible for the maintenance of public order in areas outside of the police's jurisdiction. In addition, specially-trained GGC commando units carry out anti-terrorist operations.

Turkey has been conducting anti-terrorism operations in its southern provinces against militant insurgents linked to the Kurdistan Workers' Party, which Turkey has named a terrorist organization, for over 30 years. Last month, Turkish Defence Minister Hulusi Akar expressed Ankara's intention to extend the nation's counter-terrorism operations across the border to Syria and Iraq in order to secure the border and eradicate the threat of terrorism.